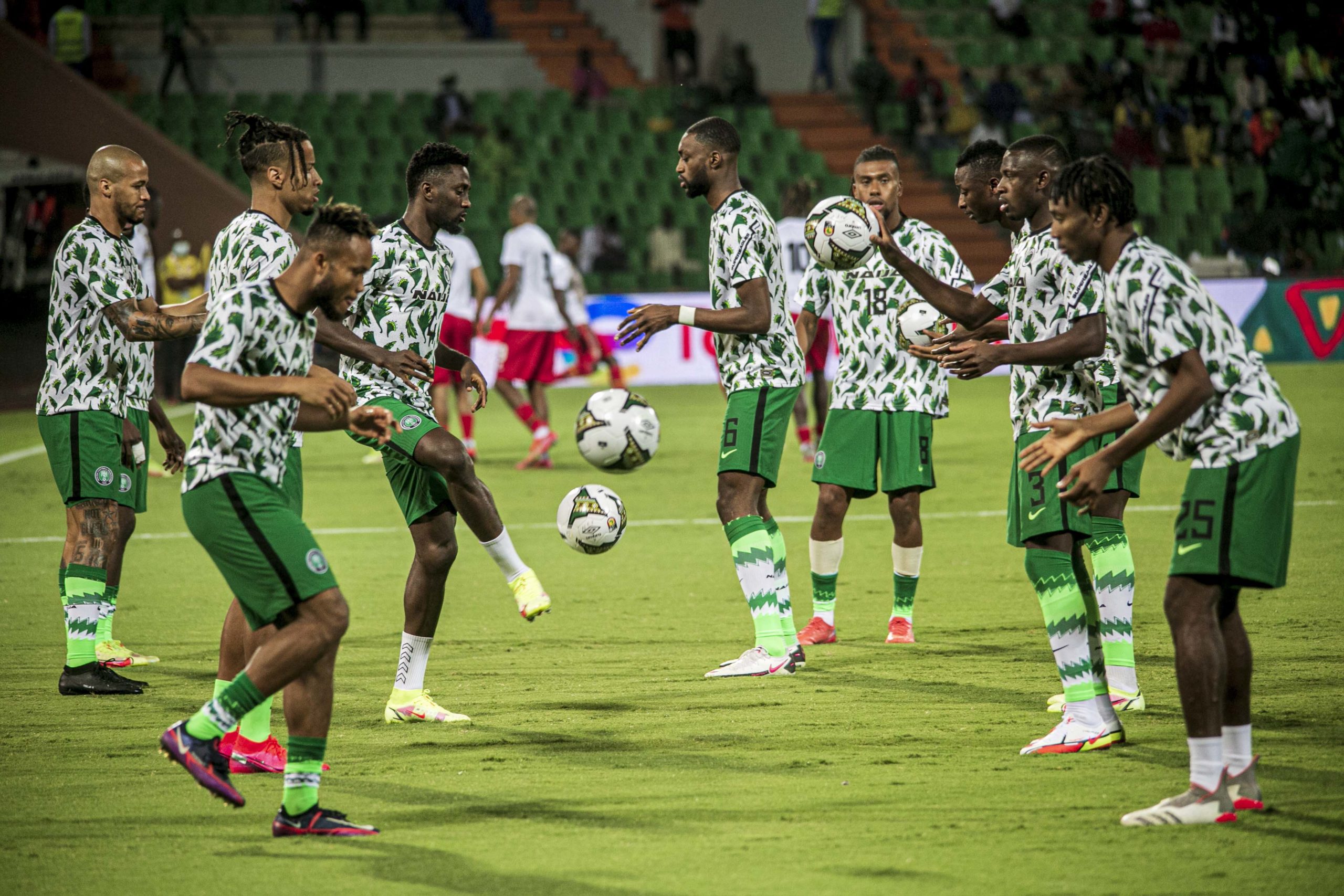 MINA Blog- Nigeria’s Napoli Striker, Victor Osimhen, was on target on four occasions as the Super Eagles brushed aside the Central African country on Monday in the second game of the 2023 AFCON qualifiers.

The Super Eagles increased their chance of qualifying for the 2023 Africa Cup of Nations with a massive 10-0 Victory over Sao Tome and Principe.

The three times African champion began the match on a bright note by dominating ball possession, however, they were unable to get their rhythm in attack at first.

Nonetheless, they got their act straight when the Napoli star opened the scoring after heading Simon’s cross past goalkeeper Anastacio Braganca nine minutes in.

Osimhen thought he had doubled the Super Eagles’ lead in the 21st minute, but referee Osiase Koto ruled that effort out for an offside.

Seven minutes later, Jose Peseiro’s side got their second goal after man-of-the-match Osimhen had set up Nantes man Moses from close range.

In the goal-laden first half, Nigeria raced to a three-goal lead two minutes before the half-time break thanks to Moffi’s first international effort.

After he was set up by Osimhen – who sprinted through Sao Tome’s goal area – the France-based striker cut past Ivonaldo before firing past a stranded Braganca.

Despite their commanding lead, the Super Eagles continued their push for more goals and that paid off in the 48th minute with Lookman supplying the last pass for Osimhen’s second.

The harvest of goals continued five minutes before the hour mark after England-based Etebo curled home a beautiful free-kick that was unstoppable for the goalie.

Former England youth international Lookman opened his Nigeria account after capitalising on a mistake by the Sao Tome and Principe goalkeeper before Osimhen wrapped up the game with his third and fourth goals while Dennis netted from the penalty mark to put the cherry on the cake.

Nigeria now lead Group A with six points from two matches, while the Central Africans remain at the base of the log with no points.

The Super Eagles continue their campaign against Guinea-Bissau in September.