At MINA-Online, as part of our Advocacy for Made-In-Nigeria, we will be profiling some exemplary Nigerians as our Ambassador of the week. The idea is to celebrate our living Ambassadors, projecting the best of Nigeria to the world. We understand that the world is readily available to report our negatives, we must make a conscious effort on our part to project your positives to the world.

Our maiden Made-In-Nigeria Ambassador of the week, Alhaji Aliko Dangote GCON (born 10 April 1957) is a Nigerian businessman and philanthropist who is the founder and chairman of Dangote Group, the largest indigenous industrial conglomerate in Sub-Saharan Africa.

Aliko Dangote is indeed a pride to the African race. A true achiever. Nigerians and Africa as a whole can learn from his success story that with the right vision, passion, and commitment to succeed, we can compete with the best in the world and that running a successful business is not a function of the color of the skin.

A true Made-In-Nigeria Ambassador, he was quoted to have said, “Let me tell you this and I want to really emphasize it … nothing is going to help Nigeria like Nigerians bringing back their money. If you give me $5 billion today, I will invest everything here in Nigeria. Let us put our heads together and work.”

He has an estimated net worth of US$8.1 billion (March 2020), as of January 2020, making him the 88th wealthiest person in the world and the richest person in Africa.

A story of a little beginning, the Dangote Group was established as a small trading firm in 1977, the same year Dangote relocated to Lagos to expand the company. Today, it is a multi-trillion naira conglomerate with many of its operations in Benin, Ghana, Nigeria, Zambia, and Togo. Dangote has expanded to cover food processing, cement manufacturing, and freight. The Dangote Group also dominates the sugar market in Nigeria and is a major supplier to the country’s soft drink companies, breweries, and confectioners.

The Dangote Group has moved from being a trading company to be the largest industrial group in Nigeria including Dangote Sugar Refinery, Dangote Cement, and Dangote Flour. It also has major investments in real estate, banking, transport, textiles, oil, and gas. The company employs more than 11,000 people and is the largest industrial conglomerate in West Africa.

For a man that ended the era of cement import and launched Nigeria into cement export, he is now determined to reduce Nigeria’s dependence on importation of petroleum products.

Flying the Nigeria flag, Dangote sits on the board of the Corporate Council on Africa and is a member of the steering committee of the United Nations Secretary-General’s Global Education First Initiative; the Clinton Global Initiative and the International Business Council of the World Economic Forum.

He was named Co-chair of the US-Africa Business Center, in September 2016, by the US Chamber of Commerce. In April 2017, he joined the Board of Directors of the Clinton Health Access Initiative. A dedicated philanthropist, Dangote made an initial endowment of $1.25 billion to the Aliko Dangote Foundation in March 2014, enabling it to scale up its work in health, education, and economic empowerment. In addition, he is collaborating with the Bill and Melinda Gates Foundation to fight polio and other issues. He is also on the Board of One Campaign.

Dangote was awarded Nigeria’s second-highest honor, the Grand Commander of the Order of the Niger (GCON) by the former President, Goodluck Jonathan.

Dangote was named as the Forbes Africa Person of the Year 2014.

In 2014, he was listed CNBC’s ‘Top 25 Businessmen in the World’ that changed and shaped the century.

In April 2014, TIME Magazine listed him among its 100 Most Influential People in the World.

In October 2015, Dangote was listed among ‘50 Most Influential Individuals in the World’ by Bloomberg Markets.

He won ‘The Guardian Man of the Year 2015’. He won the ‘2016 African Business Leader Award,’ organized by the Africa-America Institute (AAI).

This write up cannot exhaust the contributions of this great Ambassador; with his recent donation of N2 billion naira and other materials to the Private Sector Coalition against COVID-19 in Nigeria, it is a story of what next?

@MINA-Online we celebrate our Made-In-Nigeria Ambassador of the Week, Alhaji Aliko Dangote GCON. 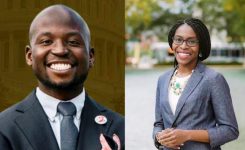 Two Nigerians emerged victorious in the US el... 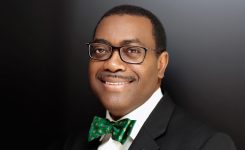 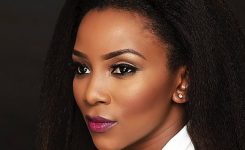 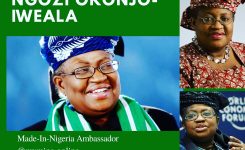 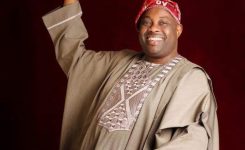 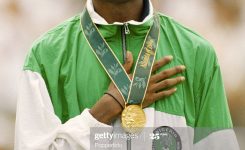 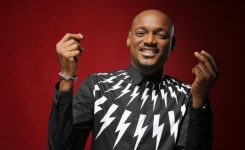