The Governor, Central Bank of Nigeria (CBN), Mr. Godwin Emefiele has urged youths in Nigeria to embrace agriculture, declaring the Bank’s readiness to support youths that are willing to engage in agriculture. This is even as the Governor reiterated the Bank’s opposition to the importation of maize into Nigeria.

Mr. Emefiele made the declaration in Katsina on Thursday, May 6, 2021, during the unveiling of the first maize pyramid and flag-off of the 2021 Maize wet season farming under the CBN-Maize Association of Nigeria (MAAN) Anchor Borrowers’ Programme.

He expressed belief that Nigerian youth could leverage their talents, along with technological tools to improve farm productivity and delivery of agricultural produce to markets.

While noting that agriculture offered significant benefits for the youth, Emefiele reiterated that the Bank had put in place several measures to improve access to credit for youths interested in Agriculture under the Anchor Borrowers Programme and the Agri Business Small and Medium Enterprise Investment Scheme(AGSMEIS).

According to him, groups of youth with contiguous land for farming are eligible to seek the Bank’s support through the CBN prime anchor arrangement.

“The CBN will not only provide access to credit for these youths but will also provide guarantees that their produce will be purchased by a prime anchor at agreed prices,” the Governor assured.

Meanwhile, Mr. Emefiele said the CBN would resist attempts by those who seek to continually import maize into the country, noting that maize farmers in Nigeria had what it takes to close the maize demand gap of over 4.5 million metric tonnes in the country.

“With over 50,000 bags of maize available on this ground, and others aggregated across the country, maize farmers are sending a resounding message that “we can grow enough maize to meet the country’s demand,’” he declared.

Speaking further, Mr. Emefiele explained that the maize unveiled at the ceremony would be sold to reputable feed processors, adding that this would in turn impact positively on current poultry feed prices, as over 60% of maize produced in the country are used for producing poultry feed.

Justifying the Bank’s continued strategic intervention in the value chains of focal crops, he said the CBN was leading the revolution, because the impact of our monetary policy measures would be limited, if the monetary authority in collaboration with the fiscal authorities failed to address some of the structural constraints that limit productivity in key sectors of our economy such as agriculture. Specifically, he said the Bank’s intervention was in line with its mandate and aims at ensuring price stability as well as improved availability of staple food items.

He disclosed that the Bank and MAAN sought to increase the target hectarage for 2021 to 500,000 ha from the 2020 target of 250,000 ha, adding that to achieve the target, the Bank sought to introduce the use of contiguous land, high yielding seeds, mechanization, leveraging technology for land mapping and monitoring as well as expanding the Strategic Maize Reserve (SMR). So far, he said the Bank had released 100,000 metric tonnes of maize to the market, through the major producers.

Emefiele therefore urged all stakeholders to sustain the current efforts to galvanize agricultural production to meet the requirements of Nigeria’s growing population, stressing that the nation could not continue to dwell on the neglect of past years if it was determined to realize the national target of producing what Nigerians eat and eating what is produced in Nigeria.

Also speaking, the Katsina State Governor, Rt. Hon. Bello Masari, said that the state had suffered a setback in agriculture as over sixty thousand hectares of farmlands were uncultivated due to insurgency, which hindered farmers from gaining access to their means of livelihood.

The Governor of Kebbi state SenotorAtikuAbubakarBagudu who represented President Muhammadu Buhari while unveiling the pyramids, reassured the farmers, processors and other value chain participants, of the support of government towards ensuring that they perform optimally. Hence, he said availability of inputs like high yield seedlings and fertilizers were being made available to farmers adequately in addition to prompt off-taking of produce.

He further assured the people of the area that government was taking the security challenge with every seriousness and had resolved to stem it. He therefore commended the resilience of farmers for quantity of maize produced amidst the insecurity.

In his remarks, Governor BadaruAbubakar of Jigawa state recalled with nostalgia that the historical groundnut pyramids he read about in history books were today being seen physically in rice and maize across the country through the help of the Central Bank of Nigeria. He also encouraged youths to take to agriculture for wealth creation by embracing the schemes put in place by the Bank.

Speaking at the event, The Emir of Katsina, AbdulMuminKabir, bemoaned the security situation in the area and therefore pleaded for serious interventions in order encourage farming activities and sustain the success recorded so far.

Commending the CBN for injecting N50billion into the Commodity Exchange initiative, the President, Maize Association of Nigeria (MAAN), Bello Abubakar, said MAAN had recorded about 80% loan recovery rate since the association began to participate in the Anchor Borrowers’ Programme in 2017. He nevertheless urged farmers to repay their loans to enable others also benefit from the scheme. 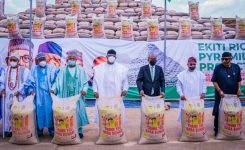 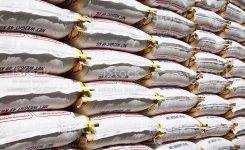 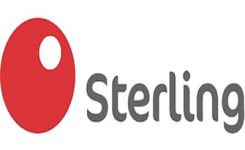 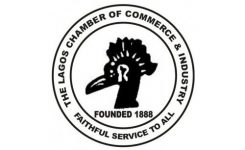 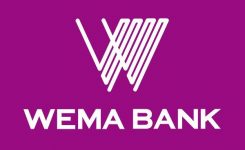