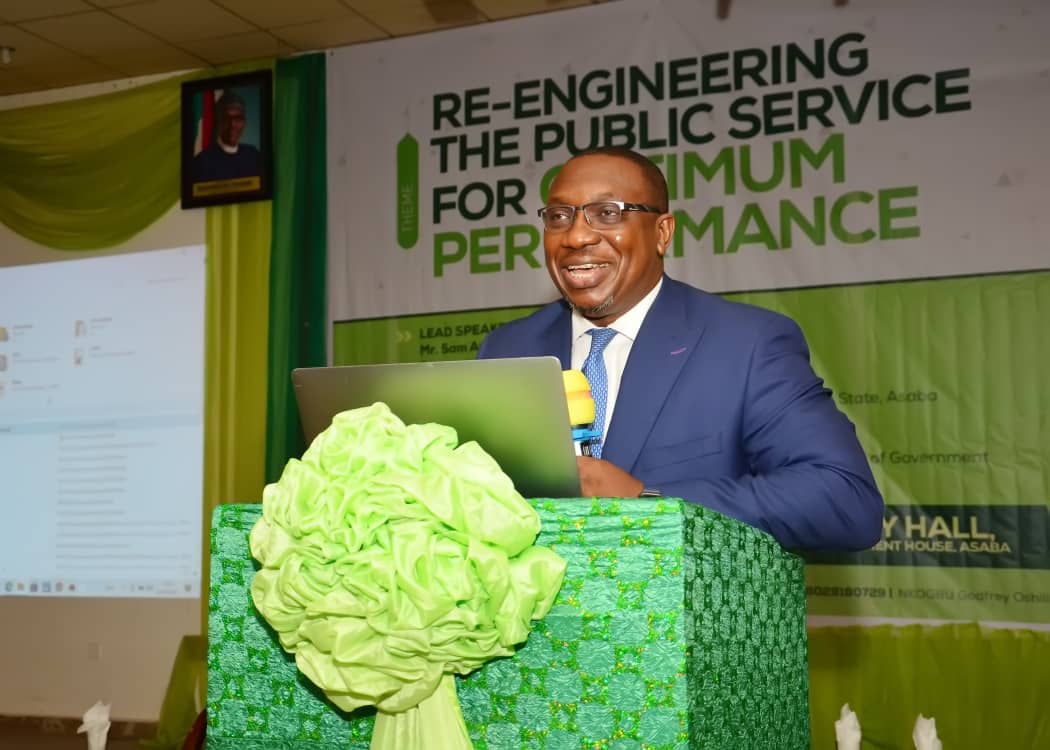 Egube’s position was contained in a paper presented at the annual Public Lecture of the Chartered Institute of Personnel Management (CIPM), Delta State branch, held recently at the Unity Hall, Government House, Asaba, where he noted that performance derived through such re-engineering efforts would enhance national development.

Speaking on the theme: “Re-Engineering the Public Service for Optimal Performance”, the Commissioner argued that Public Service anywhere in the world plays a very significant role in transforming government policies and programmes into reality.

He said in most countries, including Nigeria, the performance of the public service in discharging its role cannot be separated from the level of development experience in the country, stressing that a lot still needs to be done to reform the nation’s public service for optimum performance.

Egube said, “A lot of the public service performance is observed through its expenditure levels and how it is shared or deployed, rather than focusing on the performance on the revenue side through citizens’ inclusion in taxes and services. Consumption, through expenditure tracking, is less challenging than how the country is resourced through production, investments and services (revenues)”.

While informing that the quality of leaders and personnel required to distribute resources is uniquely different from those required to generate the required resources for development, the Commissioner affirmed that Nigeria has a huge potential to compete globally as an economic powerhouse, given her natural and human resources.

Using Singapore and South Korea as case studies, Egube stated that in the past 30 years both countries have increased their GDP per capita five times, compared to Nigeria’s two times, on a purchasing power parity basis, submitting that their economic outcomes can be linked to citizens’ participation as demonstrated by the UN E-participation index, the tax revenues to GDP ratios and the percentage of eligible voters participating in the countries’ elections.

Maintaining that the public service must be organised to attract increased citizen participation while operating an active performance management system, the Commissioner solicited that citizens should focus on converting the nation’s abundant resources to economic and social value.

He cited Lagos State as an example of promising national development through citizen partnership and participation, declaring that Lagos is undoubtedly a pioneer in participatory governance because it actively enlists citizens’ inputs in the budgetary process through various consultative fora.

Giving an example of consultation for development, Egube said, “Lagos hosts Ehingbeti, which is the economic summit, where the account is made for resolutions reached in past events. The last one that was held achieved a performance of 93% implementation of resolutions reached in prior summits. Lagos is by no means where it wants to be as it compares itself with leading cities around the world in line with her vision to be Africa’s model megacity and a global financial and economic hub that is safe, secure, functional and productive”.

The Commissioner, therefore, opined that Nigeria should treat and cultivate Lagos as a national asset, a State that signals Nigeria’s future in terms of diversity, development and growth.