Lagos State has set off an ambitious plan for its development over the next decade. By 2030, the State, which has the 5th largest economy in Africa, will have a running city-wide network of colour-coded Metro Lines that will move over 34.5 million people monthly and cut travel time in the metropolis drastically.

Governor Babajide Sanwo-Olu, on Tuesday, outlined key infrastructural deliverables being undertaken by the State at the 8th Lagos Economic Summit, otherwise known as Ehingbeti. The three-day event with the theme:  “Greater Lagos: Setting the Tone for the Next Decade”, is facilitated by the organised private sector in support by the State Government.

The summit is largely virtual, but some sessions are to be held physically at the Eko Hotels and Suites, Victoria Island.

Ehingbeti Summit, co-chaired by chairman of Citi Bank, Mr. Yemi Cardoso, is an initiative introduced in 2000 as a biennial event aimed at creating a credible forum to discuss and formulate policies for accelerating infrastructural development and stimulating economic growth for Lagos.

Sanwo-Olu, in his address, disclosed that the race to digitise every community in Lagos had begun with the ongoing laying of 6,000-kilometre fibre optic infrastructure across the city, stressing that the Smart City agenda of the Government would fully materialise by 2030 when the entire landscape of Lagos would have been covered by a network of several thousands of kilometres of fibre optic carrying broadband internet into all homes, offices and schools.

The move, the Governor said, is to leverage technology to revolutionise business culture in Lagos by energising Micro, Small and Medium Enterprises (MSMEs) that form the backbone of the State economy.

He said: “I invite every well-meaning Nigerian to join me to look ahead at the next decade, and the possibilities that lie ahead for Lagos. What will Lagos State look like by 2030? There will be a city-wide network of colour-coded Metro Lines, the first two of which – Red and Blue lines – will move over 34.5 million people monthly, cutting travel time by over 250 per cent. In 2030, Lagos will proudly stand beside every other megacity in the world, in terms of its capacity to transport its people efficiently and responsively.

“Water transportation infrastructure being put in place will make waterway transport systems a central element of life in the metropolis. The Fourth Mainland Bridge will come to define the cityscape of the 2020s in the same way the Lekki-Ikoyi Link Bridge defined it a decade earlier. By 2030, Lagos will be a Smart City, fully covered by a network of several thousands of kilometers of fibre optic infrastructure that will carry broadband internet into homes, offices and schools

“The Smart City that is unfolding will also be home to a network of intelligent cameras that will support not only security and policing across the State, but also traffic management and data collection for urban planning. By 2030, Lagos will be home to one of the largest Rice Mills in the world, after we deliver our 32 metric tons per hour rice factory in Imota, which will produce 2.8 million bags of 50kg bags of rice per annum.”

The Governor said the implementation of the plan would not only create millions of direct jobs for skilled youths, it would also empower women, who own substantial MSMEs in Lagos.

Sanwo-Olu said plans were underway in Lagos to reverse the tide of billions lost nationally to medical tourism. He disclosed that Lagos was pushing ahead with a move to develop a Medical Park in Ikoyi in partnership with the private sector, which is expected to offer world-class medical and diagnostic services.

He said his administration’s development blueprint, known as Project THEMES, was designed to build on the achievements of previous administrations and lay foundations for future growth.

Sanwo-Olu, having reviewed the progress recorded within the past decade, said there was so much to be celebrated in the State, but added that so much was needed to be done in expanding the frontiers of growth in Lagos.

President Muhammadu Buhari pledged the Federal Government would continue to bring massive investments into Lagos in order to boost the State’s economic potential as one of the world’s fastest growing megacities.

The President said Lagos had demonstrated how understanding between national and subnational governments could be leveraged for accelerated growth, alluding to concession granted the State Government to rebuild the federal highway leading to Murtala International Airport in Ikeja.

Buhari said: “The Federal Government is today completing the Standard Gauge Railway Line that links Lagos to Ibadan in the first instance, and from there connects to Abuja and Kano, and brings ease and efficiency to what is Nigeria’s busiest transportation corridor.

“Just last month, this new Rail Line achieved a milestone extension into the Port Complex in Apapa, setting the stage for a long overdue decongestion in that area.”

The WTO Director General made a case for the creation of massive industrial hubs to harness the potential of the youth and women in artificial intelligence and digital economy.

Dr. Okonjo-Iweala commended the Lagos Government’s action to build digital infrastructure around the city, noting that the fibre optic programme makes the State a new manufacturing hub of digital products that will shape the global economy in the next decade.

On his part, Dr. Adesina believed the increasing youth population in Lagos must not be seen as a problem, but rather as an asset that should be harnessed for growth.

The Africa apex bank chief said it was time for the State Government to create a youth based economy that specifically targets skilled young population. He applauded Lagos’ Digital Skill Empowerment for the youth, and the rollout of broadband Internet infrastructure across the State.

“The future of Lagos must be knowledge based and the State Government must sustain its investment in education to produce knowledgeable, skilled young people for the jobs of the future,” the AFDB President said.

The event also featured discussion panel sessions that focused on how Lagos could harness its human capital to accelerate its development and bring the State closer to developed mega cities.

Ehingbeti Summit has led Lagos, in the last two decades, to achieve the delivery of five Independent Power Projects (IPPs) on the Mainland and Island. Other notable infrastructure conceived from the summit include Lekki-Epe Expressway, Lekki-Ikoyi Link Bridge, Pen Cinema Bridge, Agric Isawo Road, International Airport Road, opening of Regional Road and rehabilitation of Ibeju Lekki-Epe road network, among others. 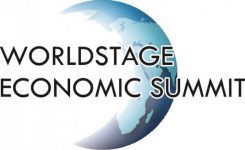 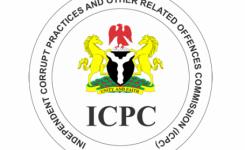 Use of Virtual assets, cryptocurrencies risky... 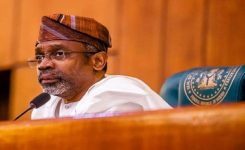 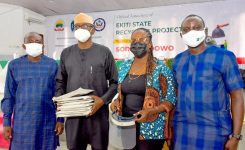