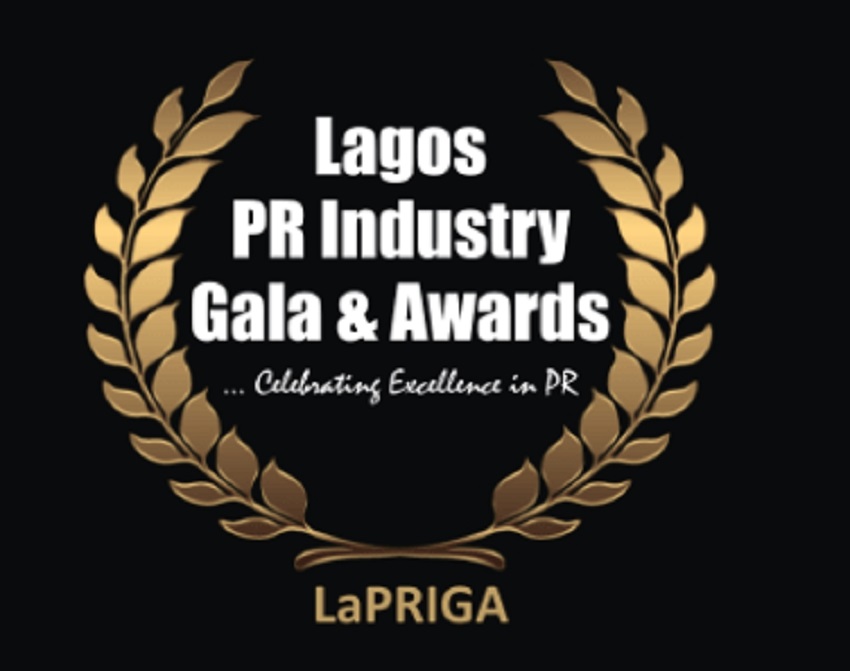 The Lagos State Chapter; the leading and most populated branch of the Nigerian Institute of Public Relations accounting for nearly 60 percent of the communications practitioners in the country, today announced that the fifth Lagos Public Relations Industry Gala and Awards will hold at the Shell Hall of the MUSON Centre, Lagos on Saturday, December 19, 2020.

The joyous occasion, popularly called the LaPRIGA Awards, has evolved to become the Communications Industry Oscars, is the prestigious, high-profile event showcasing and recognising excellence in public relations practice, celebrating practitioners and stakeholders to boost professionalism and more investment in the vocation via awards dinner.

The LaPRIGA Awards 2020, themed: CULTURATI; is a fusion of African cultures and traditions with foreign influences marking Nigeria’s 60th Independence. It is the first time the event will hold on a weekend so that guests can adorn their African, Western, Arabian or Asian garbs.

Speaking at the press briefing, sponsored by BDC Communications, the Chairman of the Lagos NIPR, Segun Mcmedal, unveiled members of the Selection Panel which include the Managing Director, LEAP Communications, Muyiwa Akintunde; Editor, Brands and Marketing, Business Day Newspapers, Dan Obi; and Vice Chairman, Lagos NIPR and Chief Executive Officer, Stepcraft Associates, Eniola Mayowa. He said that, “They were carefully chosen to represent significant stakeholder groups and due to their impeccable character, professional accomplishments and long-time leadership roles.”

He added that, “More award categories will be open to voting. Over twenty-five honourees from public relations consultancies, practitioners, stakeholders, and the media will smile away with the prestigious LaPRIGA Figurine in different categories. And this year, the Figurine will embark on courtesy visits and media rounds to sensitize the public about the valuable contributions of the public relations practice in brands, nation, and state building.”

He said there will also be a drama skit to amplify the Chapter’s CSR initiatives, tagged: Extra Mile Projects (formerly called AutiConnect), an advocacy agenda to give back touching lives, especially people living with Autism Spectrum Disorders [ASD], the aged and others in need including gender equality. A percentage of the profit from the event will be set aside to promote this initiative, annually.

While commending the Lagos State Chapter of NIPR for constantly taking the lead in driving the right narratives for PR professionals, the Managing Director of BDC Communications, Mr. Tola Bademosi encouraged members to fully participate in this year’s edition of LaPRIGA. “It has been a challenging year for everyone, but we must continue to expand the frontiers of professionalism in our industry.”

About 300 leading communications professionals in consultancies, government, corporate and not-for-profit organisations, captains of industry including media personalities, academia and C-Suite executives from across different sectors and industries are expected to attend.