The Governor of Ekiti State, Dr. Kayode Fayemi has said time had come for the academic curricular of Nigerian universities to be reworked and tailored towards solving the hydra- headed problems bedeviling the country.

Dr. Fayemi also advised Nigerian graduates to develop capabilities to generate uncommon innovation and ideas, describing these as the best catalysts to success in the 21st century economy.

The Governor stated this at the 24th convocation ceremonies of the Ekiti State University (EKSU), Ado-Ekiti on Thursday.

A major highlight of the convocation ceremony, which was held in strict compliance with Covid-19 safety protocol, was the investiture of the 14th Emir of Kano, Muhammad Sanusi II as the University’s Chancellor in appreciation of the former Governor of the Central Bank of Nigeria (CBN)’s superlative and selfless contributions to national development.

Addressing the graduands, Fayemi challenged university graduates to see themselves as the future leaders of Nigeria adding that it has become an acceptable norm that only qualified staff and students could innovate and steer the ship of our university system in particular and Nigeria in general to the expected shore.

He added that the need to make curricula to reflect the challenges of existence of the immediate environment arose from the conscious efforts to produce real experts who would fix the nation’s economy.

Dr Fayemi, who described education as the most powerful weapon that can be used to change the world, said he prioritized knowledge economy as one of the pillars of his administration saying it is the surest way to socio-economic development.

He promised government’s support to good initiatives and innovations put up by the University management, adding that the autonomy of the University would not be hampered in any way.

Fayemi said: “This is a period where academic curricular of our citadels of learning should be tailored towards meeting the realities of our contemporary Nigeria and the antidote for its various challenges.

“It is a generally acceptable norm that only qualified and students could innovate and steer the ship of our university system as well as Nigeria as a nation, to our expected shore.

“Therefore, I challenge the graduating students of today to see themselves as the future of Nigeria and the earlier the responsibility of leadership is embraced by their generation, the better for them as a people and to us as nation”.

The Governor told the graduands that they can only accomplish their aims in life  when they manifest good characters , saying : “You  will be judged alongside your academic credentials with the content of your character , through understanding of the concept of right and wrong, and capability to innovate workable ideas”.

Fayemi said he appointed his royal majesty, Muhammad Sanusi the Chancellor of the University, in a bid  to nationalise and globalise the institution.

“The Chancellor, a respected man of international repute is currently enrolled in Oxford University, UK for a fellowship programme. It is my firm belief that he shall be of tremendous help to EKSU”.

Sanusi while appreciating the Governor and the University for the honour, commended Governor Fayemi for playing significant role in unifying the country, describing bridge-building efforts as a rare show of patriotism to one’s fatherland.

The Emir noted that convocation provides the opportunity to reflect on previous achievements, the challenges being faced, prospects and strategies to be deployed for the realization of the set objectives and goals to be achieved.

He commended the efforts of the present governing council which, according to him,  is working assiduously towards achieving great transformation of the university.

“I assure his Excellency that this appointment will only further encourage me to continue joining hands with him (Fayemi) as we seek to make contributions to resolving some of the intractable issues currently facing this country”.

The former CBN Governor applauded Fayemi’s commitment to the growth of education by his huge investment in the sector, saying this further corroborated the fact that the Chairman of the Nigeria Governors’ Forum  is indeed a scholar.

The Vice Chancellor of EKSU, Prof Edward Olanipekun, disclosed that a total o11,437 will be conferred  with various degrees, with 48 of them graduating with first class honours.

Professor Olanipekun noted that the essence of the event was to appreciate the hard work and doggedness of the students, who had distinguished themselves in the course if getting refined academically which was expected to make them useful to the larger society. 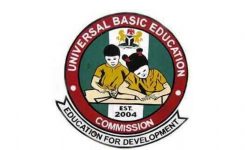