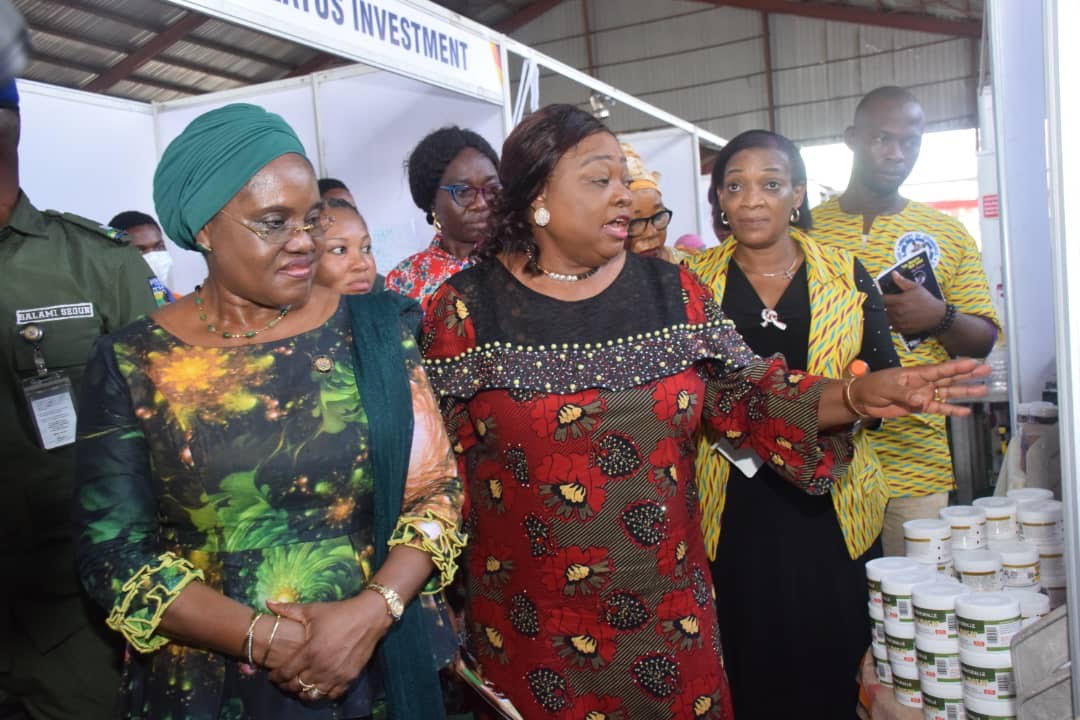 Lagos State Governor, Mr. Babajide Sanwo-Olu, on Tuesday called on the private sector to continue collaborating with the State government to enhance the quality and overall performance of the Micro, Small and Medium Enterprises (MSMEs) for business prosperity and economic development.

The Governor made the call at the opening ceremony of the 7th edition of MSMEs Exclusive Fair in Ikeja, Lagos, adding that the theme of the fair, “Sustainability of MSMEs on AfCFTA Opportunities for Global and Digitalised Economy”, was designed to showcase the gains of the African Continental Free Trade Agreement (AfCFTA) to SMEs in Nigeria.

His words: “AfCFTA can play the role of unlocking innovation, growth and productivity across the continent, but significantly for the MSMEs segment, by translating spending power into economic development. The advantages of this agreement are quite enormous with the prospect of growing Africa’s GDP by an additional one trillion dollars. This, no doubt presents a huge opportunity for our MSMEs to explore and take due advantage to promote growth, greater prosperity and development”.

Sanwo-Olu, who was represented by the Secretary to the State Government, Mrs. Folashade Jaji, stated that as a people-oriented government, his administration would design and implement policies as well as programmes to speedily actualise its goals of sustainable trade, industry and economic development.

“My administration is focused on the full and beneficial implementation of our T.H.E.M.E.S. Agenda with special emphasis on infrastructural development, power, mass transportation, waste management, roads, youth empowerment and conducive business environment, which will improve and enhance the competitive advantage of our MSMEs at both local and international levels”, Sanwo-Olu said.

He charged stakeholders at all levels to digitalise their operations for economic reforms and benefits of AfCFTA in order to contribute meaningfully to the business clinic that would be organised towards enhancing the global competitiveness and economic value of the teeming MSMEs in the 21st-Century Economy.

Also speaking, the Commissioner for Commerce, Industry and Cooperatives, Dr. (Mrs.) Lola Akande, said the six-day Exclusive Fair, which is among other laudable economic initiatives of the Sanwo-Olu administration, promised to deliver great economic benefits for the teeming MSME operators while strengthening the position of Lagos as an emerging model 21st-Century Economy.

Noting that the State government had invested heavily in the MSME sector of the economy to harness the full benefits of growth in the sector, the Commissioner implored all MSME operators to take full advantage of the 7th Edition of the Exclusive Fair to expand their market network.

She restated that the present administration, through the Lagos State Employment Trust Fund (LSETF), had made loans available at a 9% annual interest rate for MSMEs in Lagos State.

“I want to assure you that the State Government will continue to give the necessary support for the advancement of this sector. The future of our nation and State is bright and it will continue to improve. I encourage the MSMEs to imbibe the principle of synergy to take full advantage of the benefits of AFCFTA”, Mrs. Akande said.

Also, the Permanent Secretary, Ministry of Commerce, Industry and Cooperatives, Mrs. Adetutu Oluremi Ososanya, said the annual staging of the Exclusive Trade Fair was an eloquent testimony of Governor Babajide Sanwo-Olu’s commitment to the growth of the Sector.