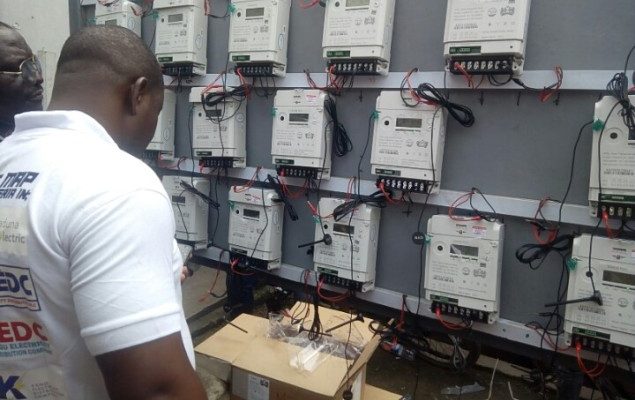 As part of the National Mass Metering Programme (NMMP), the Ibadan Electricity Distribution Company (IBEDC) on Wednesday commenced the official distribution of 10,000 prepaid meters to households across Osun.

In his remarks, Mr Adewale Obajemu, IBEDC Head Metering, said the exercise was in consonance with the 2020 free meter distribution (metering programme) of the Federal Government, to non-metered households across the country.

Obajemu, said the distribution/metering was totally free and at no cost to their customers, adding that customers were not expected to pay for meter installation or inherent services.

“The meters are free for customers listed on our billing platform, those collecting estimation billing.

“IBEDC is expected to distribute/install 104,000 meters in the first phase across our franchise.

“But what we are launching now is Phase Zero, where 10,000 meters will be distributed to households across Osun.

“The 10,000 meters distribution (Phase Zero) is what we have started in Osogbo and customers are to know that they are not to pay any money to anybody or pay any charges for the meters.

“What the customers, however, needed to have for the installation of the meters to their houses is their Bank Verification Number (BVN).

“This will help to secure the meters, and as well, serve as insurance that the meters will be protected by the customers they are assigned to and for easy tracing of the meters,” he said.

In his comments, Mr Akin Ogunleye IBEDC Osun Regional Head, said the free metering was the initiative of the Federal Government and the Electricity Distribution Companies (DISCOs) and Meter Manufacturers.

Ogunleye said the mass metering programme would help to erase the estimated billing problems, when electricity consumers were all metered.

He said those that had been given the free meters should, however, endeavour to maintain and protect them, as well as vending (buying electricity recharge) on them.

The Osun Regional Head appealed to customers not to bypass or engage in meter tampering or energy theft, saying that anybody caught would be arrested and prosecuted by the law enforcement agents.

A beneficiary of the free meter programme and a Community Head in Aratumi, Mr Faremi Adebayo, thanked the IBEDC and Federal Government for the free meter initiative.

Adebayo said it had really eased the financial burden procuring a prepaid meters would cost them.

He said that over 50 houses in his community had been metered.

The community head thanked IBEDC for the kind gesture in selecting his community as the first set of beneficiaries of the mass metering programme.