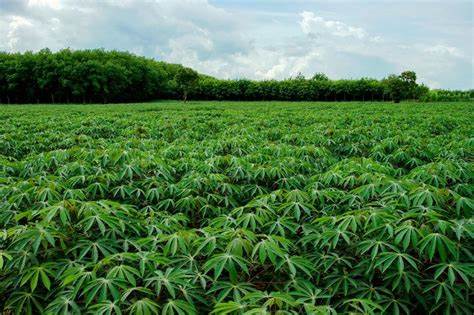 Alhaji Garba Bala, the National Coordinator of the Programme, said this while giving an overview of the VCDP programme at the maiden Cassava Investment Dialogue organised by IFAD on Saturday in Abuja.

According to him, the programme has as well contributed 495,720 metric tons of rice to the nation’s food security.

He noted that the aim of the VCDP programme was to enhance the incomes and food security of poor rural households engaged in production, processing and marketing of cassava and rice in Anambra, Benue, Ebonyi, Niger, Ogun and Taraba on sustainable basis.

The coordinator emphasised that the programme’s overall goal was geared toward rural poverty reduction and accelerated economic growth achieved on a sustainable and inclusive basis.

According to him, poor rural households in cassava and rice value chains serve as the primary target groups including smallholder farmers cultivating up to five hectres of land among others.

“The project’s aim is to improve incomes and food security of poor rural households engaged in production, processing and marketing of rice and cassava on a sustainable basis.

“The programme has successfully enhanced the productivity and profitability of over 63,000 smallholder farmers and small/medium-scale agro-processors particularly women and youths by improving their access to market capacity to increase yield.

“It has as well added value to locally produced raw materials through improved processing and packaging.

“The VCDP is significantly contributing to Nigeria’s strategic objectives of food security:

Bala explained that the programme, domiciled in the Federal Ministry of Agriculture and Rural Development (FMARD), is implemented through agricultural market development.

He said that the implementation included support to value addition, market linkages and infrastructure, programme management and coordination among others.

The mandate of the Programme,  according to him, includes to increase domestic demand for rice and cassava products adding that “miller’s do not have enough paddy to be in business.

The national coordinator explained that the purpose of the national dialogue was to see if the breakthrough the organisation and its partners had made in the production of rice could be replicated on cassava production.

“What we are trying to do is to promote higher production of cassava for the small holder farmers and having access to market by the farmers and as well having off takers of cassava produce.”