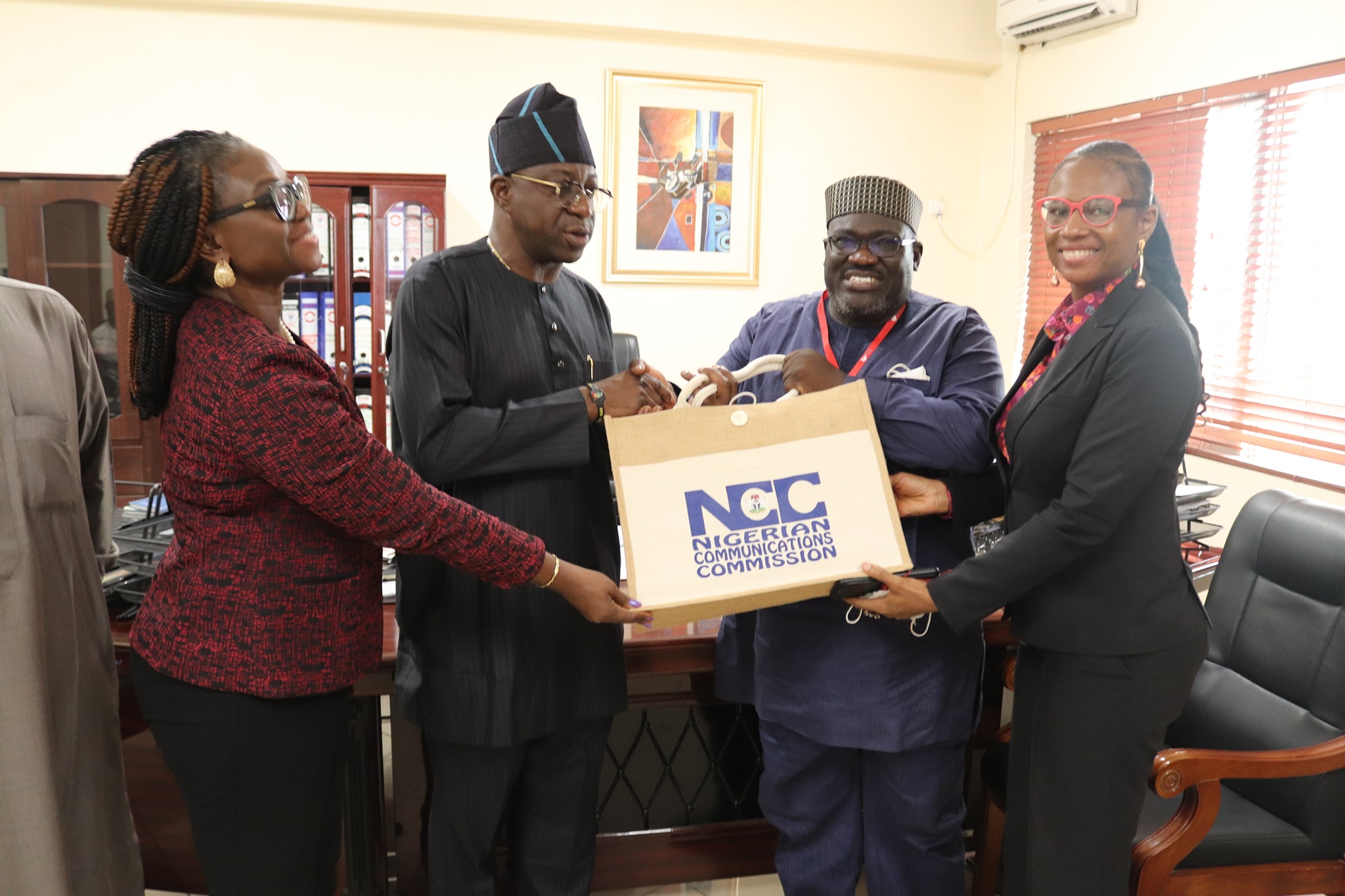 Key members of the top echelon of the Management of ipNX, a licensee of the Nigerian Communications Commission (NCC), were at the Commission yesterday for a courtesy visit.

The delegation from ipNX, led by the Group Managing Director, Ejovi Aror, praised the Management of NCC for its superlative regulatory activities, describing the Commission’s actions as marked by efficiency and effectiveness.

Aror also hinted about the company’s plan to expand its operations in Nigeria, in a manner that will heighten the role of the telecom sector in the growth of the Nigerian economy.

The Group Managing Director of ipNX, also notified the Commission that the operation of the company has come to a critical juncture and ipNX is happy to migrate from the stage where it is now to a more strategic stage where it will play a greater role in the efforts to expand broadband infrastructures in Nigeria.

“Therefore, we are here to solicit your support for our plan to expand our businesses because we are at the threshold of closing a chapter and moving onto another, particularly in expanding broadband infrastructure which is critical to national development’, Aror stated with unmistakable optimism.

Aror also informed the management of NCC about some of its Corporate Social Responsibility (CSR) programmes. The most central and significant of them, according to Aror, is the free Internet access to schools in Lagos and Oyo States.

Importantly, Aror emphasized ipNX readiness to extend such services to other parts of the country, particularly in schools, because of the importance of ICT to educational development.

Responding to the ipNX delegation, the Executive Vice Chairman of NCC, Prof. Umar Danbatta, who was represented by the Commission’s Executive Commissioner, Stakeholder Management (ECSM), Adeleke Adewolu, thanked ipNX for the visit and for the testimony about how NCC’s regulatory activities have caused growth in leaps and bounds in the fortunes of the telecom ecosystem.

Adewolu declared that NCC is particularly gratified by the remarkable and quantifiable impact of Commission’s activities on the economy, including increase in the sectoral contribution to Gross Domestic Product (GDP). Adewolu promised that the encouraging words of ipNX’s delegation will spur the Commission to put in more efforts towards achieving its mandate.

Adewolu said, that action triggered uncommon liberalization that caused a rare leap in the democratisation of access to telephone services, from a few hundred hitherto existing fixed lines in 1992 to over two hundred million subscriptions today.

Nudging ipNX to offer its best to the growth of the telecom sector, the ECSM stated that the outbreak of Covid-19 pandemic and the capacity of the Nigerian economy to survive the contagion have demonstrated the importance of the telecom sector because most social and economic activities simply migrated to online platforms. “So we are delighted about your interest in expanding broadband infrastructure”, Adewolu said to underscore the importance and contribution of broadband infrastructure to human survival at the peak of the COVID-19 pandemic.

The ECSM also informed the visitors that the Commission, with the supervision of the Ministry of Communications and Digital Economy, is ready and willing to partner with stakeholders to accomplish the objectives of the National Digital Economy Policy and Strategy (NDEPS) 2020-2030; and the Nigerian National Broadband Plan (NNBP) 2020-2025.

Adewolu, reckoning the correlation between increase in broadband infrastructure and GDP of economies, asserted that the Management of NCC is all out to work with all stakeholders, including its licensed Infrastructure Companies (InfraCos), to expand broadband access, especially to the unserved and underserved areas of the country.