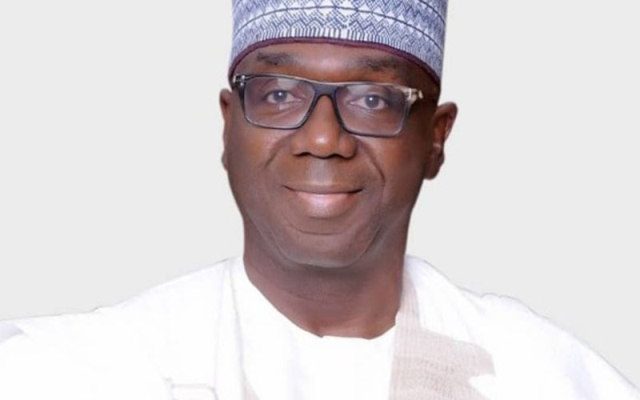 The unveiling ceremony, conducted alongside the visiting French Ambassador to Nigeria Jerome Pasquier, came hours before he commissioned the 3-kilometre asphalt road that leads to Nigeria’s first museum in Esie town of Irepodun local government area of Kwara South.

The Ilorin Visual Arts Centre will be the first purpose-built contemporary film and art institute in West Africa and the second Dolby Atmos Certified film production studio in the subregion, the Governor said.

“In Kwara State, geography has made farming, trading, and tourism our major comparative advantages. We are blessed with vast arable land. Our land straddling the core north, the west, and a French speaking country, Kwara is a trading post and a convergence for various peoples of Nigeria and of the world. And our state hosts some of the most sought-after tourism destinations in the world,” he said.

“This explains our investment interests in agribusiness and entrepreneurship. This Ilorin Visual Arts Centre is our strategic response to calls to place Kwara State firmly on the global map of tourism development. It is a project that will not only make the state the go-to place in the creative and entertainment industry but also create jobs and sustainable growth.

“The centre is a purpose-built cultural museum of visual and cinematic arts, with post-production studio facilities, galleries, and screening space, among others…. It will be the first world-class professional colour grading centre in Nigeria outside Lagos.

“It is not a coincidence that this facility is being constructed alongside significant investments in other tourism projects. Later this afternoon, our administration will commission the road leading to the Esie Museum, which is the first museum in Nigeria. This shows our integrated approach to socioeconomic and cultural development, and an ambition to make Kwara the new investment destination.

“Our vision and commitment for a greater Kwara is clear. And we will seek out every strategic friendship, especially from the private sector and development partners, to achieve our goals.”

The Governor said the innovation hub opens the state to all the possibilities in the digital age, adding that the project will create jobs and make Ilorin another investment destination.

The French ambassador said the conception and quality of the project show that the Governor is a visionary, and pledged the support of the francophone government to the state.

He added: “What I have seen in Kwara, from rural projects to innovation hub and visual arts centre, shows how active you were in the last two years. In France, like in Nigeria, we always consider the culture as very important. People’s tradition and culture are important. Nigerians can be very proud of their cultural, artists, writers, movies directors and the likes. Nigerian culture is quite well-known in the world especially in France through Nollywood and clear music.”

Temi Kolawole, managing director of the innovation hub, said the facility is part of the administration’s drive to deepen adoption of technology and boost economic growth in the state.

“This projects aligns with the vision of the Governor to transform Kwara into an economically viable and self-sustaining state via digital literacy, youth empowerment, innovation and technology,” he said.