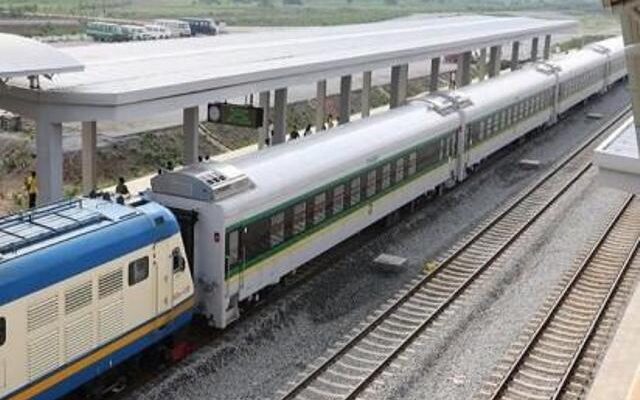 MINA Blog- Lagos Metropolitan Area Transport Authority LAMATA has confirmed that the Marina shoreline area of the blue Line railway project is at 85 per cent completion.

The Managing Director of LAMATA, Mrs Abimbola Akinajo, made the disclosure during the commencement of works along the shoreline area at Ebute-Ero area of Lagos on Tuesday.

She added that the Marina structure would soon be completed by the contractor, China Civil Engineering Construction Corporation (CCECC).

Akinajo stated that all the piers would be completed between June and July, 2022, while all the tracks would also be laid in readiness for the final completion by November.

“We have been on the shoreline construction since 2021, we faced enormous challenges, we saw lots of wreckage in the sea, and also saw unexpected things even though we had done the bathymetric survey.

“We had to remove all wreckage, debris; we also had to wait for the ship house to come for us to ensure longevity of the wall which was quite high and all of these started during the second quarter of 2021.

“We have been doing the piling and any time we drive, we discover that even beneath the sea bed, there were obstructions and that is why the project has taken so long.

“From our engineering perspective, it had been a challenge and we are really happy that we are completing it,” Akinajo said.

The LAMATA boss said that the authority had completed the repair work, claimed the land and completed the piers for the continuation of the blue line.

She explained that the seawall, which had been a problem, has been moved back and the sea protections were about eight meters high.

Akinajo said that they had also repaired the sea defense to allow them complete the missing portion between the National Theatre and Marina Station.

She stated that LAMATA would now complete the civil infrastructure work for the blue line railway project.

Also, the representative of the Fountain Construction Company (FCC), Mr Jubril Saba, said that the railway project required expanded area of about 300 meters into the sea.

Saba said that the declamation usually involve ship pilling, sand filling and some other concrete structures to arrive at the effect.

He said that they had discovered a lot of obstacles deep in the sea and that they went around it in order to solve the problems.

Saba said that he was optimistic that they would meet up with the first quarter deadline for test running the blue Line project.