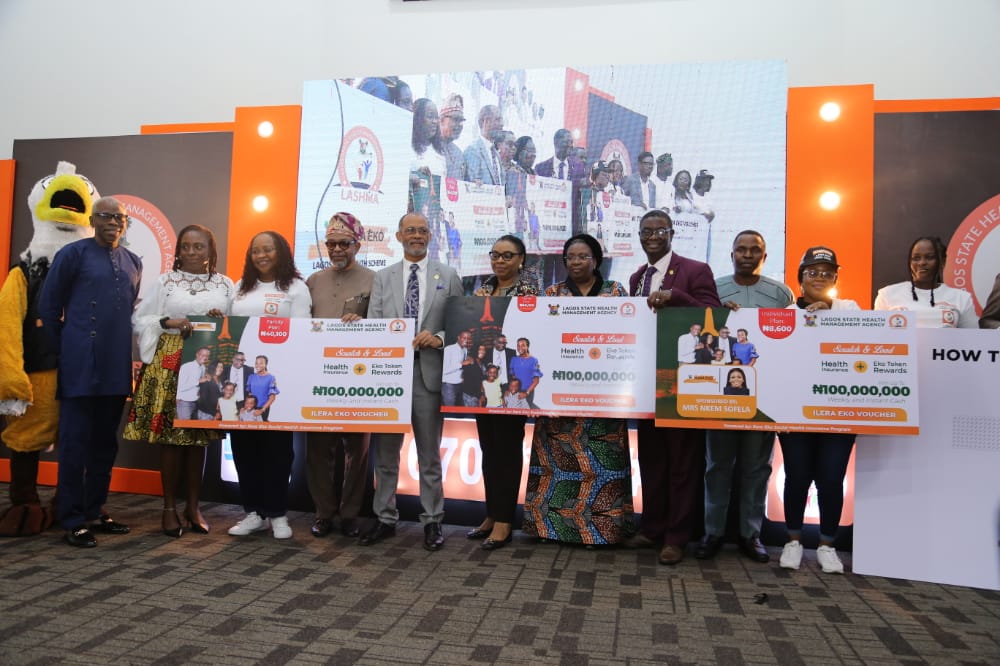 The Lagos State Government, in furtherance of its resolve to create access for residents to enjoy quality healthcare, has launched its ILERA EKO Mobile Customer App, EkoTeleMed App, USSD code and voucher gateway.

Speaking at Ikeja during the launch on Thursday, the Lagos State Commissioner for Health, Prof. Akin Abayomi, said the State government is continuously making efforts via technology to promote seamless health services and easier access to quality healthcare.

The Commissioner commended the General Manager of LASHMA, Dr. Emmanuella Zamba, and her team for their various innovations in making health insurance widely accepted in the State, urging Lagos residents to embrace ILERA EKO.

Prof. Abayomi said: “It is better to have health insurance in one’s pocket as you never know when you may need it. When you are sick and you use your health insurance, you will find out that you would be grateful that you have ILERA EKO health insurance. Health is expensive, whether in private hospitals or public hospitals, and the bill of modern medicine is extremely expensive”.

The Commissioner commended Governor Babajide Olusola Sanwo-Olu for transforming the medical and health infrastructure for the benefit of citizens, saying “One of the major things we are doing as a government is to provide an environment that is conducive for health professionals to practice effectively”.

LASHMA Board Member, Barr. Ayo Adebusoye, earlier in his welcome address, said that the ILERA EKO Mobile Customer App, USSD and EKOTELEMED App, would increase the uptake of health insurance in Lagos State remarkably and ensure customers have easy access and exploration of services from the comfort of their homes.

He noted that LASHMA, as the supervising agency for ILERA EKO, has been at the forefront of enrolling residents by deploying multiple channels across all Local Governments (LGAs) and Local Council Development Areas (LCDAs), emphasising the need to accelerate enrolment and deploy seamless means of registration via technology-enabled platforms.

Adebusoye pointed out that the technology platform would also provide Lagos residents with the ease of uptake of health insurance for access to the mandatory enrolment demand of the new National Health Insurance Authority (NHIA).

In her remarks, Dr. Emmanuella Zamba said that the newly launched ILERA EKO Customer App and EKOTELEMED App would engender a better customer experience without any visit to LASHMA offices, as subscribers would be able to use self-services from the comfort of their homes and save a lot of time.

While urging the public to enroll through the newly introduced products which have made ILERA EKO registration faster, easier and convenient for the residents, Zamba said that the ILERA EKO USSD and voucher, which were also launched alongside the mobile apps would be accessible to the informal sector, in particular, and can be accessed with the code *6700*006# on any type of SIM.

The features of the USSD code, according to her, include registration of users, the addition of dependents, premium payments, policy information confirmation and previous payment details, among others.

The General Manager listed some of the benefits of the App as cost-effectiveness, ease of enrollment, easy access to policy information and payments as well as guaranteed cash rewards on policies purchased.

She disclosed that ILERA EKO Mascot Drive would be introduced to schools in order to include the younger ones in the overhaul of health management in Lagos State.

Also speaking, the Permanent Secretary, Ministry of Science, Technology and Innovation, Ms. Olayinka Fashola, said that the State is revamping the business of governance with technology.

She, therefore, implored everyone to sign up for the Apps, saying it will benefit residents in the area of health and general wellbeing.