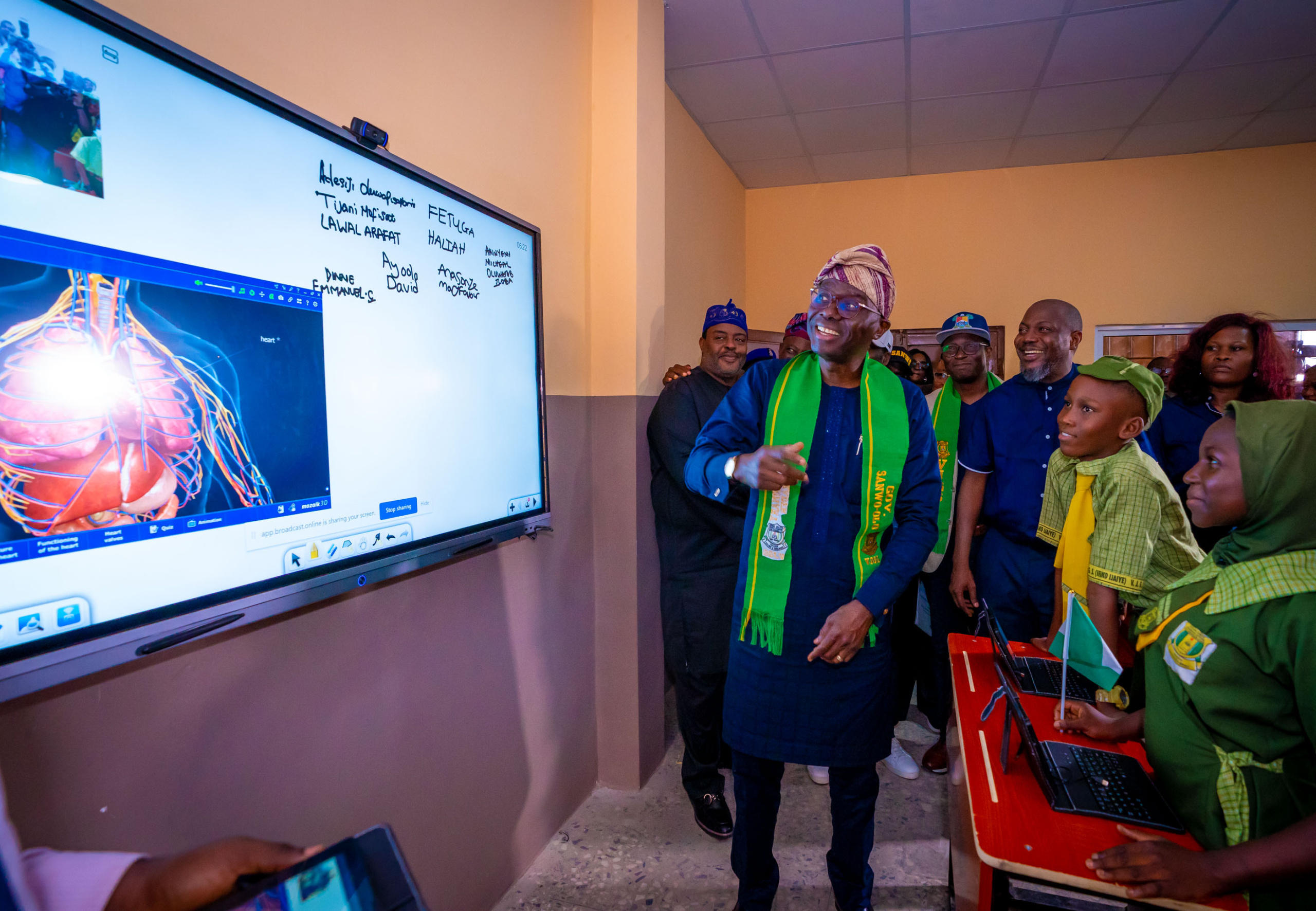 In his address at the commissioning, Sanwo-Olu disclosed that education and technology remain key sectors that the State government will continue to give attention.

He noted that the commissioning of classroom blocks at the Vetland Junior Grammar School, Ojokoro is a fulfilment of a promise made in December 2021 when a similar project was commissioned with sports facilities in Ibeju-Lekki.

Revealing why his administration embarked on the construction of a school driven by technology, Sanwo-Olu said the present administration remains steadfast in preparing pupils for the 21st-century challenges and opportunities.

The Governor recalled that the poor state of infrastructure in Vetland Junior Grammar School inspired his administration to put up the new edifice, saying “Immediately this was brought to my attention by the Chairman of SCRPS, I had no choice but to approve the construction of this modular classroom block to bring great transformation to the school, through innovative technology, in order to mould and build the future leaders of tomorrow”.

In her welcome address, the Commissioner for Education, Mrs. Folasade Adefisayo, noted that students of Vetland Grammar School have always made Lagos State proud, particularly in external examinations.

She said the school had produced the best students in the West African School Certificate (WASC) two times consecutively with nine As in their subjects.

The Commissioner also commended the hardworking teachers who have always put in their best to mould these pupils into very good ambassadors of the school.

In his remarks, the Chairman of the Special Committee on Rehabilitation of Public Schools (SCRPS), Mr. Hakeem Smith, disclosed that the school was built on a raft foundation for stability of the containerised structure, pointing out that the building has been fully insulated to provide maximum comfort for students and staff of the school.

While informing that the building is adequately equipped with all necessary equipment, the Chairman pointed out that the building also has 84 units of Monocrystalline Solar Panels with 78 Lithium Battery Bank to power all the gadgets and electronics.

He noted that the school also has sports facilities such as the Five-A-Side football pitch with Astroturf laying as a multi-sports court.

Smith disclosed further that the State Government, through the Special Committee on Rehabilitation of Public Schools (SCRPS), has renovated 197 public schools across Lagos while additional 831 new classrooms have also been injected into the school system.