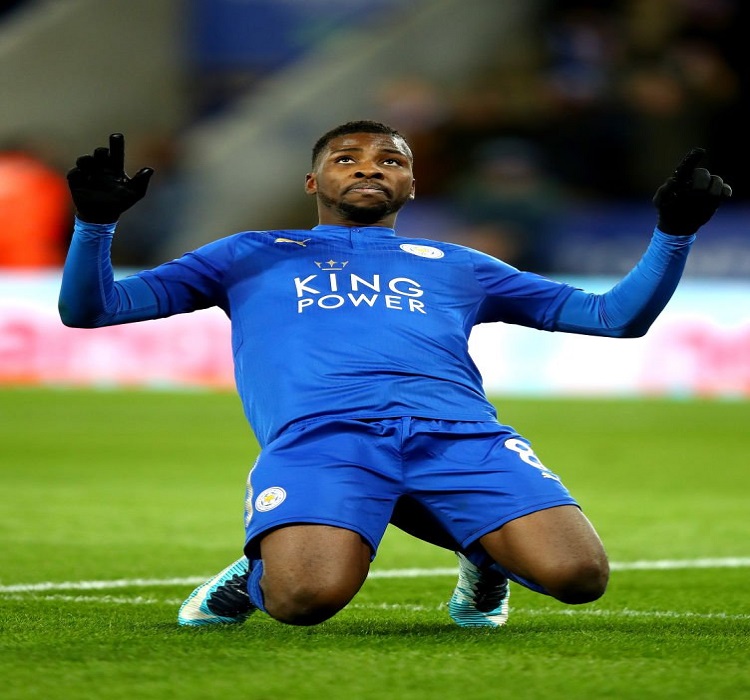 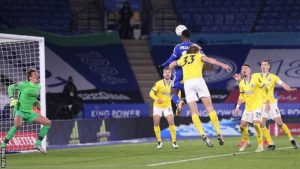 With both sides making seven changes for the tie, the first half was a slow burner and neither team were able to register a single shot on target.

The second half improved slightly with Andi Zeqiri and Cengiz Under both having efforts ruled out for offside.

The quarter-final draw takes place on Thursday, with matches being played across the weekend of 20-21 March.

The two best openings of a lacklustre 45 minutes fell to Adam Lallana but the Brighton midfielder was unable to work goalkeeper Danny Ward with either of his strikes from outside the area.

The lively Zeqiri curled wide and had a low shot kept out by Leicester’s second-choice keeper Ward. At the other end Turkey international Under’s effort, following a lovely one-two with James Maddison, was pushed away by Christian Walton.

With the prospect of extra time and penalties looming on a chilly evening, the Foxes played a quick corner deep in injury time and Iheanacho popped up to nod home his fifth of the season.