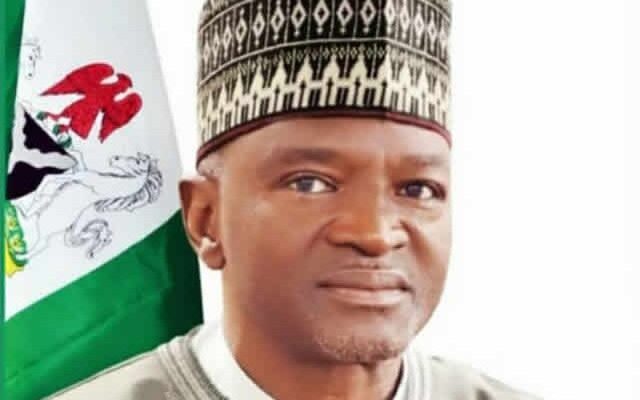 MINA Blog- Nigeria’s Minister of Agriculture and Rural Development, Dr Mohammad Abubakar, has reiterated the ministry’s support for the implementation of the National Gender Policy on Agriculture.

Abubakar pledged the support in a statement signed by Mrs Modupe Olatunji, the Information Officer of the ministry on Saturday in the Abuja.

He recalled that, in 2021, the Ministry inaugurated the Committee on the implementation of the policy to mainstream gender into climate change for people with disabilities and access to input for women.

He commended the Committee for its great achievements toward creating visibility and awareness, especially in translating the National Gender Policy in local languages for the domestication of the policy in some states

Abubakar said that the commitment to implement eight out of the 11 objectives of the policy which aligned with the mandate of the committee, had been forwarded to the World Bank through the Ministry of Finance, Budget and National Planning for necessary action.

He said that the onerous responsibility of adopting strategies for a seamless implementation of the objectives of the policy was a formidable strategy aimed at creating awareness on the policy for positive outcomes.

Earlier, Permanent Secretary of the ministry, Dr Ernest Umakhihe, commended Obi for accepting to provide leadership to the Committee on the implementation of the policy.

The Director, Special Duties, of the Ministry of Agriculture, Mrs. Fausat Lawal, said the focus on the Gender policy was to mainstream women in extensions services system and improve their responsiveness in agricultural service delivery.

In her remarks, Obi said that the National Gender Policy was an assertive document, which recognised the limitation of growth and development of the agricultural sector.

She explained how female farmers had been supported by different ministries, through Actionaid Nigeria, with agricultural produce and training programmes throughout the states at subsidised rates.

In her presentation, the Assistant Director, Gender, Mrs Ifeoma Anyanwu, said the workshops on mainstreaming Gender into Climate Change were carried out in the six Geo- Political Zones.

Anyanwu said about 1,000 women were trained on mitigation and adaptation strategy against climate change and were given clean stoves