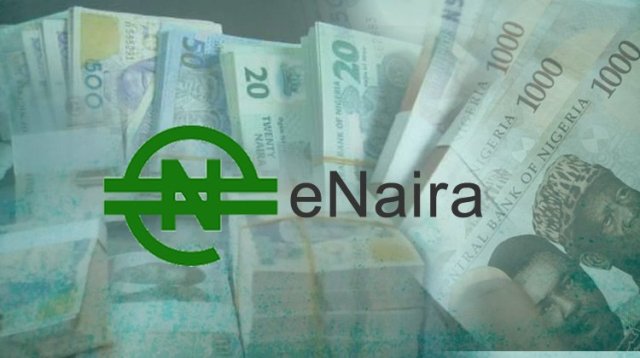 MINA Blog- As part of steps to improve the Central Bank Digital Currency (CBDC), the Central Bank of Nigeria (CBN) is set to introduce the Unstructured Supplementary (USSD) code to Nigerians.

The Deputy Governor of the CBN, Kingsley Obiora said at the IMF African Department Speakers Series held virtually on Friday that the introduction of the USSD code became necessary to improve financial inclusion in the country and to ensure people without smartphones could still transact on the eNaira platform..

The series was focused on “CBDC and Private Digital Payments in Kenya and Nigeria: Challenges and Opportunities for Sub-Saharan Africa.”

CBN inaugurated the CBDC, also known as the eNaira, on Oct. 25, 2021, aimed at making financial transactions easier and seamless for every strata of the society.

Obiora said “We have made serious progress in the last seven to eight years because when the current governor resumed in 2014, one of the pillars of his vision was to significantly improve financial inclusion.

“So at the time, we were at 48 per cent of our population within the financial system and given several policies that he conceived and implemented, we are almost at 70 per cent.

“That still leaves us with about 30 per cent of our population out of the financial system and we believe the CBDC can help reduce that number even more.

The CBN deputy governor said that the barrier to entry on the CBDC platform was low, which made it possible for everyone with a Bank Verification Number (BVN) to be onboarded into the eNaira platform in a few minutes.

”As you know, within the continent we have one of the largest Fintech companies, Futterwave, Paystack, etc, “ the apex bank boss added.

He said that the CBDC had significant benefits for Nigeria, which was why the CBN decided to introduce it.

Obiora listed the benefits to include rapid financial inclusion, reducing the cost of processing cash, enabling direct welfare payments to citizens, and reducing the informal economy.

Others are improving tax collection, boosting cross-border trade and remittances, reducing the cost and improving the efficiency of payments and just endearing economic growth in general.

He, however, listed some of the key risks to introducing the CBDC to include banking sector disintermediation, operational risks of knowing that there is non-stop service, cyber security risks, internet disruptions and financial literacy.

Speaking on adopting cryptocurrency in Nigeria, the deputy governor said for now it would not become part of the country’s financial system because of the volatility that it could create for the system.

Commenting on the high cost of food and fuel in Nigeria caused by the war in Ukraine, he said that the problem was more political than economic.

According to him, we hope that world leaders will sort this out as quickly as possible because ordinary people who have no egos and did not cause this problem are the ones that are suffering the most.

“Within Nigeria what we are seeing is that farm gate food prices have either stabilised or reduced, whereas in the market it actually has increased.”

Obiora said a lot of the problems with rising food inflation were due to logistic problems and the issue of higher prices of fuel and transportation.

“We are trying to deal with that by investing a bit in a commodity exchange so that they can stabilise prices.

He said, “within the monetary policy committee, rates will be raised at least to signal that we will continue to keep an eye on inflation and stand ready to do whatever it takes to turn it around.”

According to the moderator, Mr Abebe Selassie, Director, African Department, IMF, the series is a platform where Africa’s pressing economic policy issues are discussed and organised by the IMF’s African Department.

Selassie said the series provided an opportunity for policymakers, academics, and analysts to offer their perspectives on economic and policy issues relevant to the IMF’S African constituency.