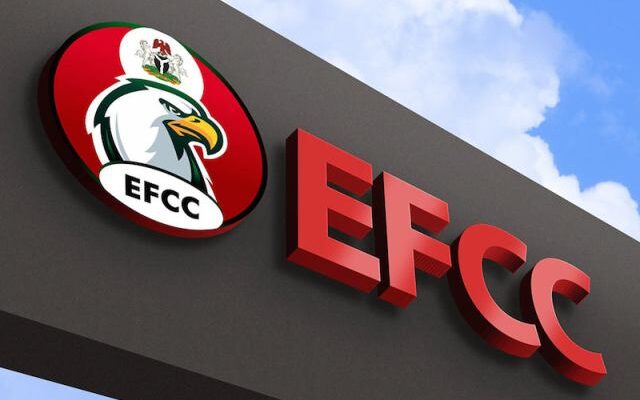 MINA Blog- The Federal Government of Nigeria on Thursday inaugurated a 23-man governing board for Economic and Financial Crime Commission (EFCC).

Secretary to the Government of the Federation (SGF), Mr Boss Mustapha, while inaugurating the board in Abuja, urged them to expedite the execution of the commission’s statutory functions.

He further tasked the board members to put in their best to combat financial and economic crimes in the country.

“This exercise is the demonstration of President Muhammadu Buhari’s confidence in their integrity, intellectual abilities and competence to contribute to the realisation of the mandate of the commission.

“You are required to put in your best to combat financial and economic crimes in the country.

According to him, the board members are creations of the enabling statutes of the various institutions, with the main responsibility of giving policy direction to the commission’s management in order to contribute toward the developmental goals of the government.

“I, therefore, expect that all hands will be on deck to generate robust policy initiatives that will help this administration achieve its fight against corruption and revamp the economy,” the SGF said.

Responding, the Executive Chairman of EFCC, Mr AbdulRasheed Bawa, who is also the chairman of the board, expressed gratitude to the president for the initiative.

“Your Excellency, EFCC has been without a board for six years sequel to series of events that have happened that warranted its non-existence,” he said.

Bawa said that the development had gladdened his heart, as a staffer of the commission before becoming the chairman.

He expressed confidence that the board would help the commission to spearhead the policy direction on the huge challenges it was currently facing in fighting crimes in the country.

“I want to assure Your Excellency and the Federal Republic of Nigeria that we are not unfamiliar with the challenges we have; we are doing well in spite of the COVID-19 pandemic in the last two years.

“EFCC has managed to set a new record in terms of recovery as well as conviction.

“Last year alone, we recorded 2,220 convictions, which were the highest ever recorded within one calendar year by EFCC,” Bawa said.

He added that the commission had only lost 37 cases in the court within the period.

The EFCC boss assured that with the inauguration of the board, the commission would step up in its efforts at fighting crimes in the country.