The Nigerian Institute of Animal Science (NIAS) and Premier Agribusiness Academy (PAA) have identified shortage of maize and soybean; which are the two most important ingredient used in poultry feed as the main factor crippling the poultry sector in Nigeria.

Registrar / CEO, Nigeria Institute of Animal Science (NIAS), Professor Eustace Iyayi, while addressing stakeholders during a collaborative meeting held with Premier Agribusiness Academy (PAA) and the International Institute of Tropical Agriculture (IITA) in Ibadan, Oyo state said, the unavailability of quality and affordable livestock feed to farmers can be attributed to the shortfall in local production of maize and soybean in the country.

According to him, it became imperative for NIAS to pay attention to livestock feed production in order to avoid livestock starvation, unprofitability and indebtedness of farmers especially those still struggling to remain in business.

He pointed out that the solution to this lingering scarcity and high price of maize and soybean is to increase local production through farmer participation.

Iyayi explained that, if farmers can be properly trained on global best practices in feed production, individual farmers will be able to independently make quality feeds needed for his livestock consumption.

He appealed for the collaboration of IITA in this regard.

The DG, PAA, Francis Toromade assured that, PAA is ready to help train farmers on global most impactful practices (MIP) in maize and soybean production with the assistance of IITA.

According to him, IITA is renounced for quality research which has helped transform and develop agriculture practices all over the world.

Speaking on behalf of IITA, the Head, Capacity Development Office, Sougrynoma Zainatou Soré expressed readiness to work with PAA and NIAS by supplying research documents used by IITA in improving its yield per hectare for soybean production and maize. She expressed confidence that with the professionalism and reputation of PAA in the conduct of agricultural trainings, farmers will soon have the ability to independently produce maize and soybean for their livestock feed and ameliorate the shortage of these critical produce in Nigeria.

The meeting which held at Capacity Development Office, IITA had also in attendance, Dr. Silvestro Meseka and Dr. Abush Tesfaye Abebe, who are Maize Associate Scientist and Soybean breeder respectively.

Recall that PAA and IITA recently signed a collaborative agreement for the purpose of private sector and farmer capacity building.

The MoU allows the two institutions to exchange information in areas of human capacity development on the most impactful practices (MIP) on IITA’s core mandate crops that will impact private sector stakeholders in the agricultural value chain and farmers in Nigeria thereby bringing about higher produce, farmer profitability and ultimately food security. 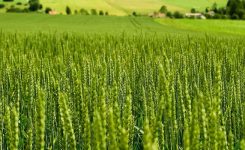 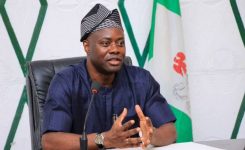 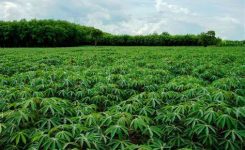 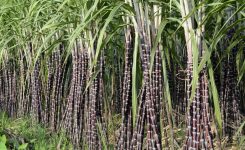 How Nigeria is transforming agriculture with ...