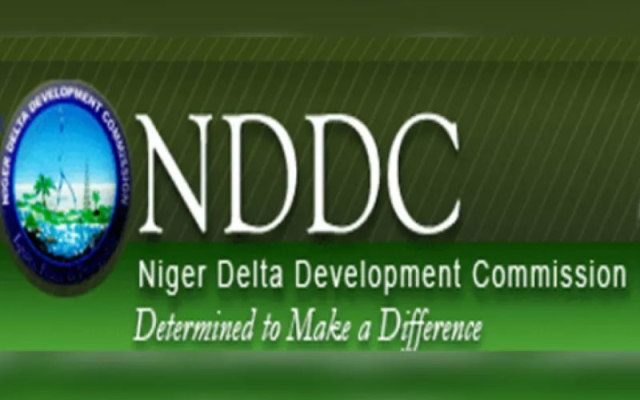 MINA Blog- The Minister of Niger Delta Affairs, Sen. Godwill Akpabio, has anounced that International Oil Companies (IOCs) operating in the Niger Delta region were indebted to the Niger Delta Development Commission (NDDC) to the tune of over four billion dollars.

Akpabio stated this at the weekly media briefing for State House correspondents, organised by the Presidential Media Team led by Mr Femi Adesina, the President’s spokesman at the presidential Villa, Abuja.

The NDDC, a commission under the ministry, is currently undergoing forensic audit as part of deliberate efforts to ensure speedy development of the Niger Delta region.

According to the minister, the indebtedness covered several years of unpaid commitments of the three per cent each IOC was mandated to remit to the intervention agency from their annual budgets.

He said that the unpaid funds were part of monies NDDC was expected to expend on development projects in the oil producing region of the country, assuring that government would do whatever possible, to recover the funds from the oil companies.

“NDDC is being owed over $4billion by the IOCs and the Federal Government is making every effort to collect the money.

“They were expected to pay three per cent of their annual budgets to the NDDC, all of them are owing the NDDC.

“The federal government owes a little bit on its own part that it should pay the NDDC. I believe that with the audit of the commission, we will begin to offset those things, working closely with the Ministry of Finance.

“There are plans to pay those debts. I want to see a balance sheet of the NDDC that is bankable.

“The IOCs are expected to pay to the NDDC three percent of their annual budgets. All of them have failed to do so at different times,” he said.

Akpabio also disclosed that the NDDC was owing contractors about N3 trillion, through frivolous awards, many of which had remained unverified.

“We are investigating the NDDC through the forensic audit. Since my assumption of office, l have checked and have not seen even a 5km road done by the NDDC.

“We are still searching to understand where the funds they spent went, and we are going to find them”, he added.

On the Ogoni clean-up, the minister disclosed that 21 sites had so far been completed, while new contracts would soon be awarded for 36 new sites.

Akpabio, who also reacted to the three per cent dedicated to the host communities under the recently signed Petroleum Industry Act, solicited that the ministry be allowed to manage the funds, assuring that it would protect the interests of all the affected host communities.

“The Petroleum Industry Act, when implemented, is going to assuage the feelings of the people of the host communities, because they never had half a percent since oil was discovered in 1956 in Oloibiri.

“That is why I said that it is not the percentage that is the issue. Some communities could not even do this solar powered toilet, some have no drinking water, even water tankers supplying them water failed, because they had oil exploration and exploitation had destroyed their water system. “But, now with the PIA, they will be able to do certain things for themselves without waiting on oil companies, the federal government or the state, to do it for them,’’ he added.