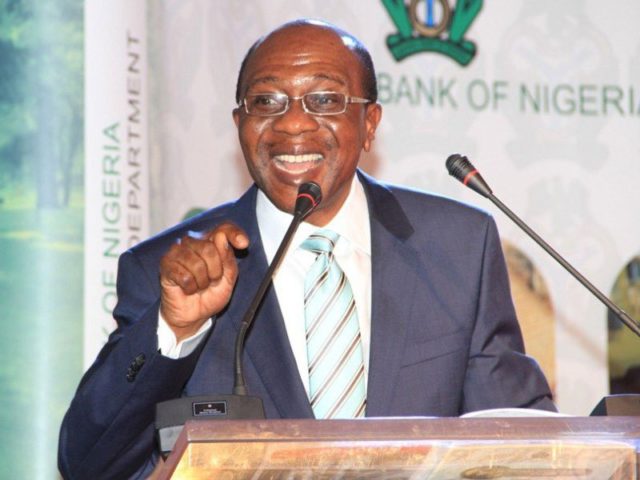 Mr Godwin Emefiele, Governor of the Central Bank of Nigeria (CBN) on Saturday said that the Federal Government needed about US$100 billion annually to address the nation’s infrastructure deficit.

Emefiele made the disclosure at the 30th Anniversary Conference and Awards of the Finance Correspondents Association of Nigeria (FICAN) on Saturday at Dover Hotel, Ikeja, Lagos.

The News Agency of Nigeria (NAN) reports that the two-day conference has “Financing Infrastructure and SMEs for Inclusive Growth in Post-COVID-19 Economy”, as theme.

” In Nigeria, the current level of infrastructure deficit is a major constraint to economic development and attainment of growth average rate of at least five to seven per cent required to boost productivity and sustainable growth for businesses.

” According to the World Development Indicators (2019), 56.20 per cent of Nigerians have access to electricity, while electric power consumption stood at 144.52 kWh per capita as of 2018.

” While infrastructure deficit in Nigeria is estimated to be about 1.2 per cent of GDP, it is projected that the Federal Government needs to commit about US$100 billion annually to address the nation’s infrastructural deficit,” Emefiele said.

He was represented by the Director of Corporate Communications Department of CBN,  Mr Osita Nwanisobi.

The apex bank governor said also that lack of access to quality infrastructure had been a limiting factor to MSMEs in developing countries delivering on their potential for growth and employment creation.

He said that a survey by Price Waterhouse Coopers (PWC) revealed that the formal MSMEs have been identified to contribute about 40 per cent of GDP in emerging economies, of which Nigeria was one.

Beyond infrastructure, he said that access to finance remained one of the biggest threats to MSME development in both developed and developing economies alike.

According to him, this is with serious implications for productivity, economic development, and job creation.

He said the survey also showed that access to credit had been identified as a critical enabler for the growth and development of MSMEs in developing countries.

Emefiele said the overall credit gap for MSMEs was estimated to be US$5.2 trillion, representing 19 per cent of these countries’ cumulative GDP (IFC).

Of this, the unmet financing demand from MSMEs in sub-Saharan Africa is about US$331 billion, representing 18 per cent of the potential demand for credit by MSMEs in the region.

Emefiele regretted the numerous challenges MSMEs in Nigeria were facing in spite of their huge contributions to the nation’s GDP.

“With over 42 million MSMEs in Nigeria contributing 49.78 per cent to the nation’s GDP, 7.64 per cent of exports and employing 76.5 per cent of work force, the sector is faced with numerous challenges that continue to limit the enterprises’ potential to contribute to economic growth and development.

” According to PwC, access to electricity accounts for the major share of costs to daily operations of MSMEs.

“The energy sector is overwhelmed by a plethora of challenges ranging from operational inefficiencies to infrastructure deficiencies, which have resulted in inadequate electricity supply by households and businesses in Nigeria.

“This has contributed significant economic costs to MSMEs, thus hampering their competitiveness and contribution to economic growth,” he said.

Specifically, Emefiele said the IMF had identified that lack of access to reliable electricity costs the Nigerian economy an estimated US$29 billion annually.

He said the financing gap for MSMEs in Nigeria was estimated to be about N617.3 billion annually pre-Covid-19 pandemic, as less than five per cent of these businesses had access to adequate finance to support their working capital and business expansion needs (PwC).

The apex bank governor said other constraints to MSME development in Nigeria, as noted in the survey, include difficulty in finding customers and  infrastructure deficit.

Others are insufficient cashflows, multiple taxation, regulatory burden, and sub-optimal implementation of the provisions of the MSME policy.

He said there was an urgent need for fiscal authorities to collaborate with the apex bank to change the lenses through which MSMEs are looked at and infrastructure development.

Emefiele said that could be done by developing innovative policy measures that would unlock the potential of these enterprises to drive innovation and industrialisation.