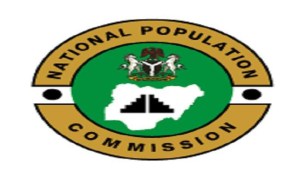 “On the most appropriate way to coordinate the implementation of the National Population Policy and to manage population,” he said.

The Executive Chairman, who commended President Muhammadu Buhari for launch of the National Population Policy, said it was vital in improving the quality of lives in Nigeria.

Mr Boss Mustapha, Secretary to the Government of the Federation (SGF), said that at the occasion that the Revised National Population Policy was an innovative and transformative document that required the support of stakeholders.

Mustapha, who was represented by Malam Shehu Ibrahim, Permanent Secretary, Political and Economic Affairs, Office of the Secretary to the Government of the Federation (OSGF) urged the members to live up to expectation.

On behalf of the Federal Government he expressed gratitude to UN Population Fund (UNFPA) and other international donors for their support to Nigeria.

The SGF, who urged the UNFPA and its partners to sustain their support, expressed Nigeria’s commitment to achieving quality population.

Mueller, who was represented by Dr Collins Opiyo, Chief Technical Adviser to National Population Commission and official of UNFPA, said that the inauguration demonstrate the country’s commitment towards harnessing the potential of young people.

While congratulating the members of the group, he described them as persons with intellectual capacity and proven integrity capable of rendering for fruitful advice to NPC.

Responding, Mr Usman Sarki, on behalf of the members of the group thanked NPC for finding them credible enough to serve in the group and affirmed their commitment to deliver on their mandate.