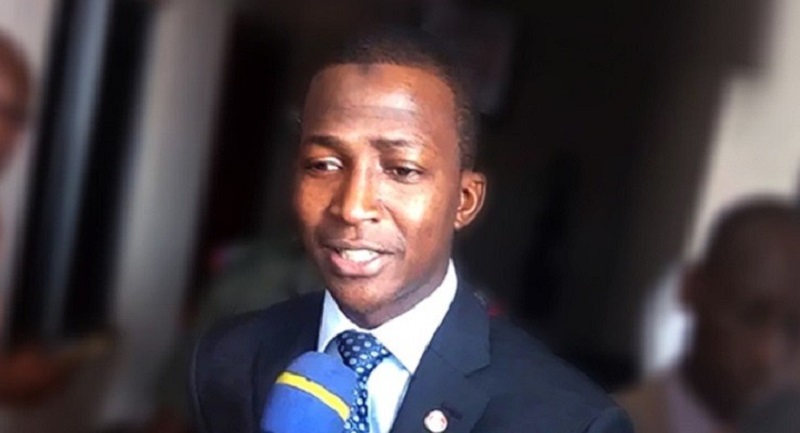 The Senate, on Wednesday, screened and confirmed Abdulrasheed Bawa as the substantive Chairman of the Economic and Financial Crimes Commission.

The nominee who was ushered into the red chamber at 11:48am was accompanied by officials of the Economic and Financial Crimes Commission (EFCC) and family relatives, and was grilled almost two hours.

Senators who took turns to grill the nominee lauded President Muhammadu Buhari for his choice of Bawa as Chairman of the anti-graft agency, describing him as “competent” and “well qualified” to perform on the job.

Bawa, in his opening remarks before the Committee of the Whole, assured Nigerians that he would deploy his experience as a certified fraud examiner, and anti-money laundering specialist in raising the bar under his watch at the EFCC.

“Let me start by thanking the President of the Federal Republic of Nigeria, for finding me competent and deserving as the Chairman of the Economic and Financial Crimes Commission (EFCC), and to also assure him and indeed Nigerians, that the confidence he has on me will be proven beyond doubt at the end of my term in office,” Bawa said.

The Deputy Senate President, Ovie-Omo-Agege, who was filled with praise for Bawa described his nomination as one that strikes a ray of hope in the ability of the youths to partake in fundamental decisions on how Nigeria should be governed.

“He is a good product, that is why I’d like to begin by thanking Mr. President for this nomination. This nomination is unique and an aspirational nomination. It is a nomination that generated hope for millions of our youths in this country.

“Mr. President, we all recall the incident which transpired at the Lekki toll gate. Clearly, the youths at that toll gate needed an opportunity to express themselves.

“Mr. President, with this nomination, the youths of this country can now sit in offices and make those very crucial and fundamental decisions on how Nigeria should be governed, and there cannot be a better platform than the office of the Chairman of the EFCC,” Omo-Agege said.

Responding to questions from the Senate Leader, Yahaya Abdullahi, Deputy Minority Leader, Emmanuel Bwacha, Adamu Aliero, and Bala Ibn Na’Allah, Bawa cited Section 6 and 7 of the EFCC Establishment Act clearly defines the functions of the Agency, as well as the laws it is empowered to enforce.

According to him, the duty of repositioning the EFCC entails enforcing the provisions of the EFCC Establishment Act 2004, the Money Laundering Prohibition Act, Advance Fee Fraud and Other Related Offences Act, Failed Bank Recovery of Debt Act, Provisions of the Banks and Other Financial Institutions Act, Miscellaneous Offences Act, as well as Sections of the Penal Code and Criminal Code that relate to economic and financial crimes.

He assured that under his watch, the Management of Forfeited Assets would be subject to strict adherence for transparency and accountability with the digitalization of processes at the Commission.

His words: “What I would do to reposition the EFCC, or what I envisage the EFCC to do is to ensure that we work on our own standard operational procedure to improve on the standard operational procedures, so much so that all that is expected of us is to try as much as possible to try and curtail the usage of discretion from the office of the Executive Chairman down to the ordinary investigator in the EFCC.

“We are looking forward to an EFCC, whereby if I give an instruction to a junior officer, he would look at my face and say, sir, I have understood your instruction but I won’t be able to do it, because of certain section of the rules or regulations governing the EFCC.

“We hope that if confirmed by this Senate, we are going to be more transparent and accountable.

“We have, of course, the lingering problem or issues bothering on management of Assets. We hope if given the opportunity, my colleagues and I will embark on the digitalization of the process in the EFCC.

“In essence, what I’m saying is that we are going to embrace technology to enable us keep our records properly, so that as at when due, when Nigerians ask questions, it’s just a matter of pressing a button.”

The new EFCC Chairman also underscored the need for appropriation by the National Assembly, specifically for building the capacity of staff at the EFCC to enable the agency deal with the new faces and challenges of financial crime.

“The backbone of every organization is in its Human Resource. I hope and pray that we would still come back to this chamber, of course, for proper Appropriation to enable us build the capacity of our staff at the EFCC to meet up with the current challenges of new topologies of crimes as well as strains in money laundering etc., so that at the end of the day, over vision of getting this country rid of economic and financial crimes is actualized”, he added.

Bawa further stressed that the Commission under his Chairmanship would place premium on inter-agency partnership with sister security agencies, through a proactive approach that fosters good governance, as against deploying reactive antics aimed at witch-hunting individuals or demonizing institutions.

“I’ve talked about the issue of synergy between the EFCC and sister security and law enforcement agencies in the country, as well as the work I envisage to do together with our own foreign strategic partners.

“Fighting corruption is about good governance, it is about working on the institutions of government to tell them areas where they need to work to avoid leakages,” the EFCC Chairman said.

Senator Ike Ekweremadu on his part advised the newly confirmed Chairman to learn from the mistakes of his predecessors, so as to be able to avoid the many pitfalls which in some cases interfered with their ability to deliver on the job.

“You know that they came out of the EFCC and became like ordinary citizens. And of course, you know that at the end of their lives they’ll meet their creator to account for their actions.

“So, I’m going to advice you to rather learn from those mistakes those ones made, because ultimately your tenure would end and then you’ll be like any of us.

“I’d like to advise you, because you’ve been there, to check those mistakes they made, in both the operations, their human relations, the way they did their job, how they responded to people, and of course how they carried their responsibilities,” Ekweremadu said.