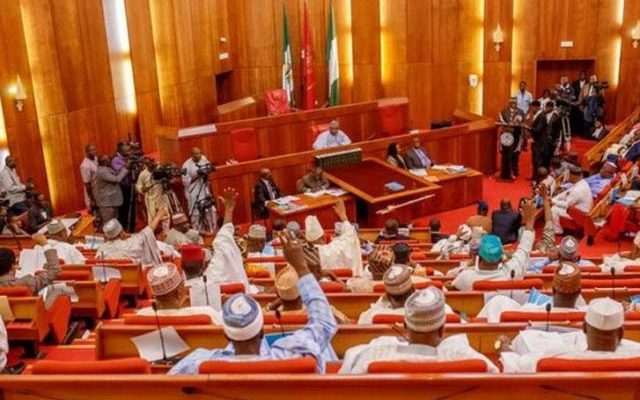 The Senate will next Tuesday consider the Federal Government’s request to the National Assembly for the approval of N895.84 billion as supplementary budget for the 2021 fiscal year.

President of the Senate, Dr Ahmad Lawan, made this known during plenary following a request by the Chairman of the Senate Committee on Appropriations, Senator Jibrin Barau, for time to allow the Joint Committees of the Senate and House of Representatives come up with a harmonised report on the supplementary appropriations bill.

Senator Barau, had while coming under order 43 of the Senate Rule on Personal Explanation, sought the approval of the upper chamber for more time to enable the Appropriations Joint Committee of the Senate and House of Representatives harmonise their reports on the supplementary budget request for presentation next Tuesday.

He said, “I was directed to submit the report of the 2021 Supplementary Appropriations Bill to this Senate today. I wish to tell this distinguished Senate that my committee went with that directive, and we have concluded our work on the bill.

“Therefore, Mr. President, I’m requesting that the Senate should show understanding because of this development and allow us to lay the report on Tuesday. I so submit, Sir.”

Responding, the Senate President said, “because you have come under standing order 43 which does not allow for debate on the issue raised, I’ll on behalf of the Senate advice that your committee should remain very concerned with strict consideration of whatever the executive side of government has brought as request in the supplementary.

“So, do proper scrutiny, you have requested this yesterday. Work with the House so that we have a Joint report, so we don’t have to go into harmonizations. Leave no stone unturned in considering the issues item-by-item, then we unfailingly receive the report and consider it on Tuesday.”

President Buhari had on June 15, 2021 transmitted a supplementary appropriations bill for N895.842,465,917 billion naira to the National Assembly for consideration and approval.

He explained that the proposed amount would be used to fund the COVID-19 vaccine programme; fund health related expenditures for treatment of additional 50,000 patients under the Nigeria Comprehensive AIDS Program in states; and procure additional equipment captured in this year’s capital expenditure on Defence and Security to tackle prevalent security challenges across the country.