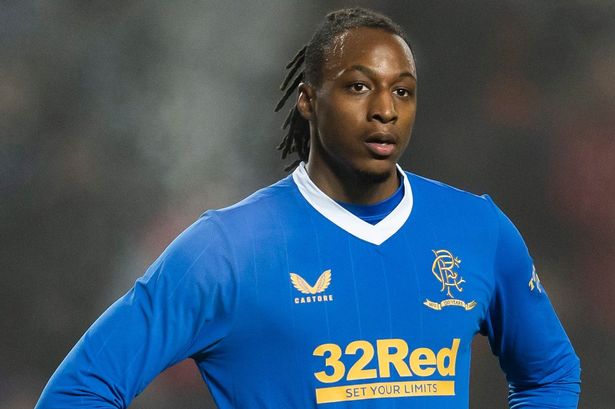 MINA Blog- Nigeria’s Super Eagles midfielder, Joe Aribo has completed a move to Southampton from Rangers on a four-year deal.

The 25-year-old Nigeria international moves to St. Mary’s after three successful seasons at Ibrox, where he scored 26 goals in 149 appearances and won the Scottish Premiership and Scottish Cup last season.

He wrote on Twitter: “It has been an amazing journey being part of this special club, I hold Rangers very close to my heart as they gave me the opportunity to showcase my talent on a bigger stage. Playing at Ibrox was a dream and I am glad I got to experience it.

“I’m happy I was able to play a part in the historic 55 league title winning season. I’d like to thank everyone associated with this great club for all you’ve done for me during my time here, you’ve always made me feel welcome and I’ve always had your full support.

“I’ve developed into an even better player, credit to the supporters who always had my back and stayed patient during the tough times. We created a lot of memories together, memories that I will carry with me throughout the rest of my career.

“I wish the club nothing but the best for the future and I’ll always be checking in. Joe Aribo.”

On his move to Southampton, Aribo added: “It’s an amazing club with a lot of history here, and it’s a good plan with what’s to come next. I’m really excited for the journey.

“The Premier League is the best league in the world. I’ve been watching it since I was a young boy, it’s always been a goal for me to play here and show what I can do on this stage.

“It’s an amazing feeling, a dream come true. This is where I’ve wanted to be since I was a child growing up playing, so to say that I’m here now is really exciting.”

Joe Aribo began his club career at Staines Town in 2014, then spent four years (2015-2019) with Charlton Athletic in the English Football League. In 2019 he signed for Rangers, where he won the Scottish Premiership in 2021 and the Scottish Cup a year later.

Born and raised in London, he gained his first cap for the Nigeria National team in 2019 and was part of their squad for the 2021 Africa Cup of Nations.