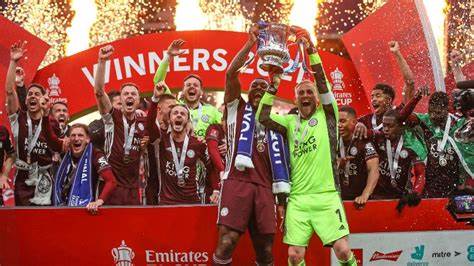 Two Nigerians, Wilfred Ndidi and Kelechi Iheanacho were part of the winning team on Saturday, when Leicester City lifted the English FA Cup for the first time in their history with victory over Chelsea.

Youri Tielemans scored the only goal in the closely contested encounter with a spectacular right-foot drive that flew beyond Chelsea goalkeeper Kepa Arrizabalaga into the top corner from 25 yards in the 63rd minute.

The game was played in front of 21,000 fans at Wembley. It was the biggest gathering of supporters inside a stadium since the coronavirus pandemic began – and the fans were treated to incredible drama in the 140th FA Cup final. 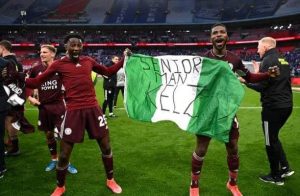 It is the first English FA Cup victory for the Nigerians who are key members of the historic Leicester City team. They also joined a list of Nigerian players that have won the prestigious trophy during their career.