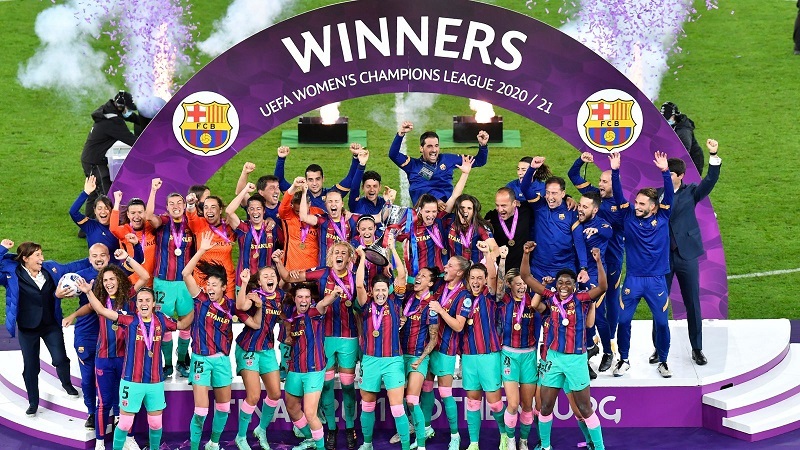 Nigeria’s Asisat Oshoala on Sunday became the first African to win the Uefa Women’s Champions League. The 26-year-old striker was part of the winning team as Barcelona defeated Chelsea 4-0 in the final of the 2020-21 edition.

The English team conceded four goals in the first 36 minutes; Melanie Leupolz scores an own goal inside 33 seconds; Alexia Putellas scores from the spot; Aitana Bonmati and Caroline Graham Hansen both score from close range to secure Barcelona their first Women’s Champions League title in Gothenburg.

Barcelona became the first club to win both the men’s and women’s Champions League, and this was the biggest ever winning margin in a women’s final.

Oshoala was introduced for Spanish midfielder Jennifer Hermoso in the 71st minute as Barcelona search for more goals.