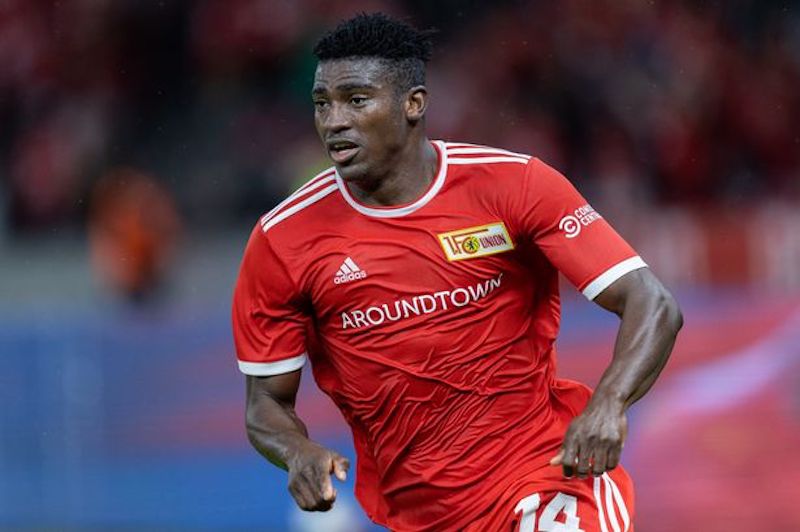 Nottingham Forest confirmed the signing of the 24 year old forward for an undisclosed club-record fee.

“Nottingham Forest are delighted to confirm the signing of Nigerian international forward Taiwo Awoniyi for a club-record fee,” the club confirmed on their official website page.

Awoniyi had an impressive season with the Berlin-based club during the last campaign.

“The 24-year-old joins the Reds from Bundesliga club Union Berlin, signing a five-year deal at the City Ground. Awoniyi becomes Forest’s first international signing since last month’s promotion to the Premier League and he joins following an excellent season in Germany, scoring 20 goals in 43 games across all competitions.

“His 15 goals in 31 Bundesliga matches also helped Union Berlin secure a fifth-place finish and qualification for the Uefa Europa League for the first time since 2001-02.”

Speaking on his move, Awoniyi explained why it was easy for him to switch to the City Ground.

“I’m very excited to be here at Nottingham Forest,” Awoniyi told the same portal after being unveiled. “It’s always been my dream to play in the Premier League and having spoken to Steve Cooper about our ambitions and looking at Forest, with its great history, it’s a club that I want to be part of.”

Meanwhile, Forest head coach Steve Cooper revealed his delight at signing the Super Eagle, who had attracted a host of clubs in the Premier League.

“There’s been a lot of interest in Taiwo from other Premier League clubs, and other clubs across Europe, so we’re delighted that he’s chosen Nottingham Forest,” said Cooper.

“Our recruitment and coaching teams have been monitoring his progress closely over the last few months. He’s a player who we really believe in and we look forward to him going on to fulfil his potential and become a top Premier League striker with Nottingham Forest.”

In August 2015, Awoniyi signed for Liverpool but was immediately loaned out to German team FSV Frankfurt and made his debut for the side as a late substitute in a German Cup match against Hertha Berlin.

Awoniyi has represented Nigeria at U17s, U20s and U23s level, he won the first of his three caps for the Super Eagles against the Central African Republic in October 2021 and scored his first goal against Sudan in January at the Africa Cup of Nations.