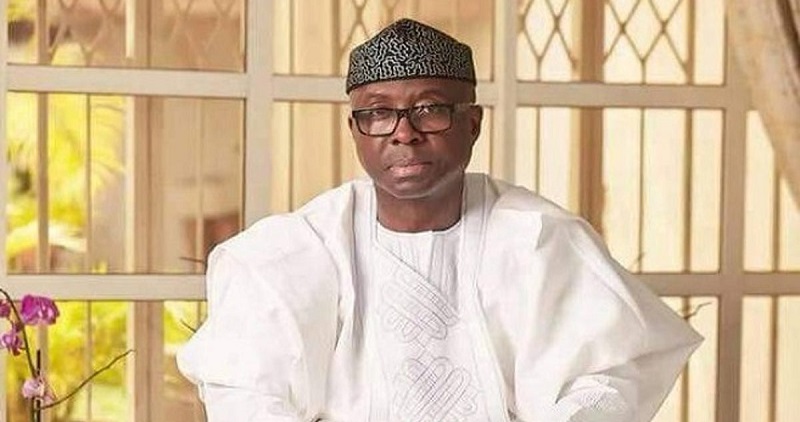 MINA Blog- The Minister of Trade, Industry and Investment, Otunba Niyi Adebayo on Tuesday inaugurated Nutrik-Dansa, a multi-million Naira nutritional food manufacturing company, established by late Sani Dangote in Kano and said the Federal Government would continue to support investments in the manufacturing sector of the economy.

The company will be manufacturing quality and nutritious food products to support the population affected by malnutrition in Nigeria.

The Minister said that establishment of the facility would complement the State and Federal Government efforts in the fight against malnutrition and other diseases in the country.

He said that there was the need for well-to-do individuals to make investment in the manufacturing industry.

Adebayo added that it would not only provide job opportunities to unemployed persons, but would also contribute to the growth and development of the national economy.

He said Nutrik-Dansa products would save vulnerable members of the community from poverty, hunger and malnutrition.

While commending the Nutrik and Dansa Group for establishing the factory, the Minister said the Federal Governments would continue to support and encourage investors to invest in manufacturing sector of the economy.

In his remarks, Alhaji Aliko Dangote, chairman of the company, also, President, Dangote Group, said Nutrik is a leading indigenous company established to manufacture quality and nutritious food products to support the population affected by malnutrition.

He said Dangote Foundation would enter into partnership with States and local governments and local producers of RUTF to ensure adequate supply directly to primary healthcare centres designated for the treatment of severe acute malnutrition.

“Combating severe acute malnutrition (SAM) in children is at the core of Aliko Dangote Foundation programme.

“It’s also the entry point for improving the outcome of children’s lives using our investment in health, education and economic empowerment to help people out of poverty.

“Production of URTF is important to us because its one of the requirements for achieving strategic objective of Aliko Dangote Foundation which is to reduce the number of lives lost to malnutrition and diseases,” Dangote said.

In his remarks, Gov. Abdullahi Ganduje of Kano State, directed the 44 local government councils to purchase N2 million of the products for onward distribution to children in their respective areas. The event was attended by the new French Ambassador to Nigeria, Emir of Kano, Alhaji Aminu Ado Bayero, and UNICEF representative among others.