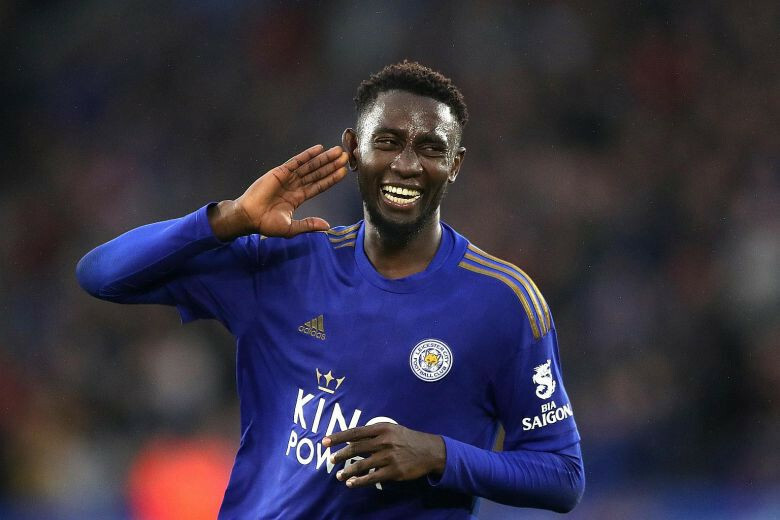 Nigeria International, Wilfred Ndidi, continues his impressive form for English Premier League top side Leicester City on Tuesday night as he open the scoring in the 2:0 defeat of Chelsea FC to lead his side to the top of the league table.

Leicester are now a point ahead of Manchester United having played a game more while Chelsea are in eighth, five points off the Champions League places.

The dominant performance at The King Power Stadium, with  two first half goals from the Nigerian and team mate James Maddison increased the pressure on coach Frank  Lampard and the struggling London side.

It’s Leicester’s first home win over Chelsea since their title-winning season of 2015/16, with that game costing Jose Mourinho his job that night as coach of the London club.

Wifred Ndidi known for his defensive prowess and long range strikes is arguably the best player in his position in the English premier league.

The Nigerian who made his debut for the club on 7 January 2017, in a 2–1 win against Everton in the third round of the FA Cup, has been consistent over the years, becoming a major stay at the heart of his team’s progress in the league and the Nigeria national team, the Super Eagles.

Ndidi was part of the Nigerian youth setup during his time at Nathaniel Boys of Lagos. He played for the U-20 team between 2013 and 2015, forming the bedrock of the midfield. He was called up to the Senior Nigeria national football team on 8 October 2015, making his debut in the friendly game against DR Congo.