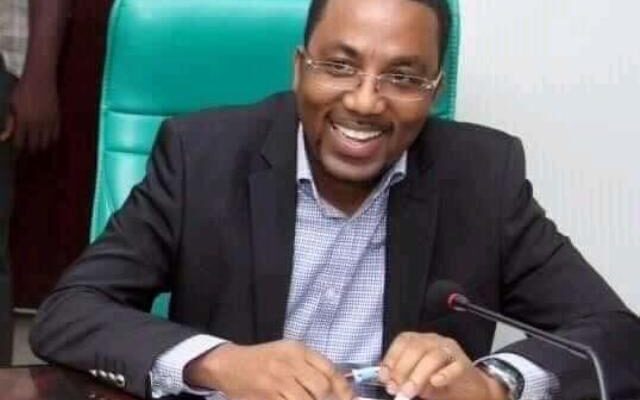 MINA Blog- The Nigerian Ports Authority (NPA) is committed to the elimination of systemic corruption and reposition the nation’s seaports.

The Managing Director of NPA, Mr Mohammed Bello-Koko in a statement signed by Mr Ibrahim Nasiru, General Manager, Corporate and Strategic Communications affirmed the Authority’s position to operate in compliance with the standard operating procedures (SOPs) as stipulated in the Nigerian Port Process Manual (NPPM).

He added that this was a project it funded, to enhance operational excellence and service delivery at all Nigerian seaports and terminals.

The MD NPA made these remarks recently when he received members of the Maritime Anti-Corruption Network (MACN) led by Soji Apampa, at the Authority’s head-office in Marina, Lagos.

Bello-Koko said that NPA Management appreciate the positive role being played by the network in partnership with key sister agencies and organizations to create a more friendly environment for doing business in the nation’s maritime industry.

He also commended the group for promoting the gains of business integrity and raising awareness on the negative impact of corruption on the country’s image and global rating.

The NPA helmsman expressed delight that the anti-corruption reforms introduced by the Buhari led Federal Government had significantly reduced corrupt and related criminal practices in the Nigerian port and shipping sector.

“NPA Management under my watch is happy to note that we are doing well in view of the drop in the incidences of corruption to 5 from over 150 cases when this anti-corruption campaign started.

“We have seen the progress being recorded in all aspect of port operations as well as revenue into government coffers.

“It shows that sooner than later, the port industry in Nigeria will become the most attractive maritime cluster in the region, going by our market share and capacity,” he said.

The MD opined that having achieved and addressed the bottleneck with sailing and berthing of vessels, attention should now be on the ease of cargo clearance at the port and ways of boosting the global competitiveness of the country’s exports.

He elaborated that concerted action is needed in order to make cargo clearance simpler, faster and market friendly.

Bello-Koko called for better synergy between the critical agencies of government involve in maritime trade in line with the NPPM and the protocols guiding the ease of doing business at the port.

He said that this would bring to an end to long delays in cargo examination, boost the country’s international trade, generate thousands of jobs, increase revenue to government and raise profit of private enterprises.

The leader of the MACN team, Soji Apampa, explained that the purpose of their visit was to intimate the Authority about the achievements recorded, in collaboration with other key stakeholders.

He said that this was to engender zero tolerance to corruption in the port as well as remove opaqueness in port operations in line with international best practice.

He mentioned that the Nigerian port ecosystem had witnessed a positive change in the last three years, as reported demands made by corrupt public officials on ship-masters and shipping agents in the process of vessel clearance has reduced from three to two digits.

“The introduction of the SOPs and NNPM has increased the level of transparency around processes to be complied with in Nigerian ports.

“The introduction of the Port Service Support Portal has also made complaints and grievance handling processes more transparent and effective,” he said.

He further said that his group from 2017 had trained over a thousand personnel serving in the port, including staff of NPA, Nigeria Customs Service, Nigerian Immigration Service and other agencies, across all port locations in the country.

Apampa appealed to the NPA Management to sustain the collaboration with his group.

He requested for increased support in terms of logistics and manpower deployment.

He assured the NPA Management of the group’s readiness to provide technical support and training to staff of the Authority, in view of MACN’s affiliation with the World Maritime University.