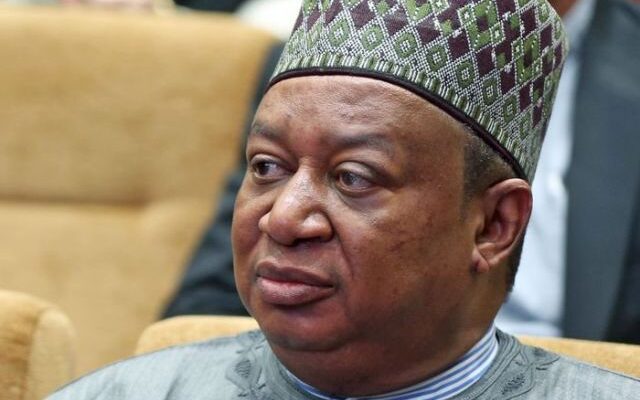 Barkindo made his last public outing at the ongoing Nigeria Oil & Gas Conference (NOG) 2022 in Abuja on Tuesday where he delivered a keynote address.

“We lost our esteemed Dr Mohammed S Barkindo. He died at about 11.00 p.m. on Tuesday.

“Certainly a great loss to his immediate family, the NNPC, our country Nigeria, the OPEC and the global energy community.

Barkindo, who is the outgoing OPEC secretary general, was in Nigeria where he delivered the Chairman keynote address at the ongoing Nigerian Oil and Gas Conference (NOG) in Abuja on Tuesday.

He had earlier in the day visited President Muhammadu Buhari in the Presidential Villa where he was hailed by the president for being a “worthy ambassador to Nigeria.”

In his keynote address at the ongoing 21st NOG 2022, he tasked the Federal Government to develop new technologies, strengthen human capacity and innovation to meet the world’s growing need for energy.

OPEC said regular investment was needed in view of global oil sector requirement of cumulative investments of 11.8 trillion U.S. dollars in the upstream, midstream and downstream through to 2045 to meet energy expectations.

The conference has its theme as: “Funding the Nigerian Energy Mix for Sustainable Economic Growth.”

“I am confident that the implementation of the Petroleum Industry Act will help unlock the full potential of our petroleum industry, strengthen its ability to attract long-term investment, as well as support a dynamic and diverse economy.

“If our National Oil Companies (NOCs) are to continue to innovate and flourish, it is of utmost importance that they have predictable and unfettered access to investment capital.

“Regular Investment at adequate levels is the lifeblood of our industry. It is essential if we are to develop new technologies, strengthen our human capacity and remain leaders in innovation,” he said.

The OPEC secretary-general said the industry was facing huge challenges along multiple fronts and these are currently threatening investment potential and in the longer term.

“To put it bluntly, the oil and gas industry is under siege!

“For starters, the evolving geopolitical developments in Eastern Europe, the ongoing war in Ukraine, the ongoing COVID-19 pandemic and inflationary pressures globally have come together, causing significant volatility and uncertainty in the commodity and energy markets.

“Against this backdrop, a number of industrialised countries and multilateral institutions continue to pursue stringent policies aimed at accelerating the energy transition and fundamentally altering the energy mix,” Barkindo said.

He said in a very short timespan, the industry had been hit by two major cycles – the severe market downturn in 2015 and 2016, and the even more far-reaching impact of the COVID-19 pandemic.

He described 2020, the first year of the pandemic as one of the darkest periods in the history of oil, upstream oil capital expenditure which fell by around 30 per cent.

This, he said exceeded the colossal 26 per cent annual declines experienced during the severe industry downturn in 2015 and 2016.

He said the OPEC also projected that total primary energy demand would expand by a robust 28 per cent in the period to 2045.

According to him, oil is expected to retain the largest share of the energy mix, accounting for just over a 28 per cent share in 2045, followed by gas at around 24 per cent.

In other words, he said oil and gas together would continue to supply more than half of the world’s energy needs for many decades.

“These hydrocarbons are especially vital to the energy mix in regions like Africa, which will see massive population shifts and economic growth in the coming years.

“These developments increase the urgency of eradicating energy poverty.

The impacts of the two major market cycles are manifesting themselves in real time,” he said.

He completed his Bachelor’s Degree in Political Science from Ahmadu Bello University Zaria, in 1981 and Masters of Business Administration degree from Washington University in 1991.

Prior to MBA, in 1988 he earned a PostGraduate Diploma in Petroleum Economics from Oxford University.

Also, he was awarded an honorary doctorate from the Federal University of Technology Yola.

Barkindo previously served as the acting Secretary-General in 2006 and represented Nigeria on OPEC’s Economic Commission Board from 1993 to 2008.

He also led the Nigerian National Petroleum Corporation during 2009 to 2010 and headed Nigeria’s technical delegation to UN climate negotiations since 1991.

Barkindo will be replaced by Mr Haitham Al-Ghais, a veteran of the Kuwait Petroleum Corporation (KPC), as the organisation’s Secretary-General following his demise.

In a tribute to Barkindo on his contributions to the global energy industry, OPEC said he was instrumental in expanding the organisation’s historical efforts to support sustainable oil market stability.

“This was through enhanced dialogue and cooperation with many energy stakeholders, including the landmark Declaration of Cooperation (DoC) since its inception in December 2016.

“These efforts are widely credited with helping to stabilise the global oil market since the unprecedented market downturn related to the COVID-19 pandemic, and providing a platform for recovery, “OPEC said in the statement posted on its website.

“He is known internationally for helping to produce the United Nations Framework Convention on Climate Change (UNFCCC) and the Kyoto protocol as the leader of Nigeria’s technical delegation to the UN negotiations in 1991. “He has remained a key contributor to the UNFCCC process, including most recently at the 26th Conference of Parties (COP) meeting in Glasgow in October and November 2021,” it said.