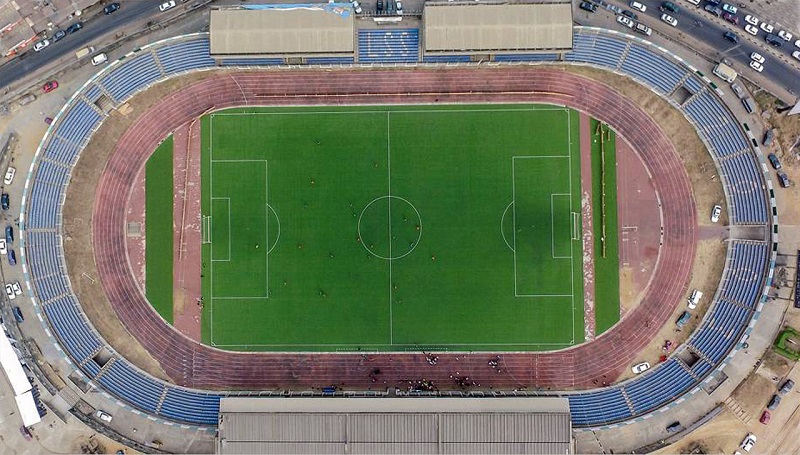 Governor ‘Seyi Makinde of Oyo State has declared that the state will key into the FIFA Connect Programme in order to discover upcoming football talents in the state, adding that his administration is ready to work with the Nigerian Football Federation (NFF) to develop the sport in the state.

This was just as the governor inaugurated the winner of the chairmanship election in Ido Local Government, Hon. Sheriff Adeojo, congratulating the people of the local government for putting in place their own government at the grassroots.

A statement by the Chief Press Secretary to the governor, Mr. Taiwo Adisa, indicated that the Chief Judge of Oyo State, Justice Munta Abimbola, who was represented by Justice Mashood Abass, administered the oath of office on Adeojo and his vice chairman, Mr. Saka Fashola, at a ceremony held at the Executive Council Chamber, Secretariat, Agodi, Ibadan.

Speaking earlier, while hosting the NFF team, Governor Makinde maintained that his  administration’s determination to ensure that Oyo State gets a share of the $600 billion worth sport sector led to the massive investments on sports development.

He said: ” I welcome you back home (to Ibadan) and it is indeed a plus for us, because since you have that affinity to Oyo State, I know if there is anything passing through your table which will benefit us, you will consider it done.

“I am glad that you like what you saw out there at the Lekan Salami Stadium. Actually, we have been thinking about how to engage the majority of our youths and the talents we have in the state and take them off the street. The sports industry is huge worldwide.

“So, we think we deserve a slice of the $600bn sport  industry and we know we do have talents all over the place but there is nothing to connect them.

“When we came in, we did not meet any real programme in place to seek for these talents and harness them. When I went to Edo State, I was taken around the stadium and I immediately asked who did it for them.

“Also, we look forward to our Shootings Stars Sports Club getting back into the professional premier league in Nigeria, so that every weekend, we will all look forward to their evening matches. We are on that trajectory and we are happy to work with NFF for value addition.”

The governor stated that his government would like to explore the opportunities available in the FIFA Connect Programme to discover talents in the state, saying: “In terms of the FIFA Connect programme you mentioned, I am hearing it for the first time but what you mentioned, we will take it on board and definitely get Oyo State connected into the programme.

“We know talents like Mutiu Adepoju still exist in Oyo State. We are not only remodeling Lekan Salami Stadium, but we are remodeling mini-stadia all over the geopolitical zones of the state and we want to develop sports in those areas.

“So, I am happy that we are working together and this is not being politicised. You can count on us that we will work together to develop sports in general in Oyo State.”

In his speech, the NFF president, Pinnick, said that the remodeled Lekan Salami Stadium will be a destination for many football activities, assuring Governor Makinde that with the facilities the NFF team saw at stadium, it will get all the necessary accreditations.

He said: “One of the biggest and most traditional football clubs we have in Nigeria is Up Shooting(3SC). So, I must say I am very proud of you, Your Excellency.

“I want to also thank you for what we have seen. We will come back again and I want to assure you that you will get all the necessary accreditation for the Lekan Salami Stadium and it is indeed automatic because when I went to the stadium, what I saw, I am still yet to recover from it. It is a very positive one. It is huge and will be a destination for a lot of football activities for both local and international.

“I want Oyo State to be part of the FIFA Connect Programme but what they need is a proper office and IT systems. It is very important and I want it to be in your time. With the stadium you have now, I don’t think you should wait for anything.

“We need to start the programme here because you have four training pitches, which means the kids will have to be playing in there from now on. This is because growing up in this town, I know there are a lot of talents here. And I know that is one of your cardinal points; youth development and human capital development.”