The Acting Director, Defence Information, Brigadier General, Onyema Nwachukwu disclosed this in a statement on Thursday.

Prior to his appointment, Yahaya was the General Officer Commanding 1 Division of the Nigerian Army and the incumbent Theatre Commander of the Counter Terrorism Counter Insurgency military outfit in the North East, code named Operation HADIN KAI.

He is succeeding Lt.-Gen. Ibrahim Attahiru who died with 10 others, in an ill-fated NAF aircraft near Kaduna International Airport on Friday May 21, 2021.

The new Chief of Army Staff (COAS), Major General Faruk Yahaya was born on 5 January 1966 in Sifawa, Bodinga Local Government Area of Sokoto state. Maj Gen Yahaya who is a member of the 37 Regular Course of the prestigious Nigerian Defence Academy (NDA), started his cadet training on 27        September 1985 and was commissioned into the Nigerian Army Infantry Corps on 22 September 1990.

He also served as the Principal General Staff Officer (PGSO) to the Honourable Minister of Defence, the Commander, Headquarters 4 Brigade and 29 Task Force Brigade (Operation Zaman Lafiya). He was also Director Manpower at the Army Headquarters, Military Secretary, Army Headquarters and General Officer Commanding (GOC) 1 Division of the Nigerian Army.

Until his appointment as the COAS, Maj Gen Faruk Yahaya was the Theatre Commander Operation HADIN KAI, responsible for Counter Terrorism and Counter Insurgency operations in North East Nigeria. 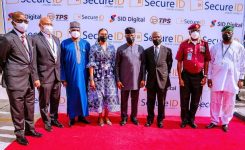 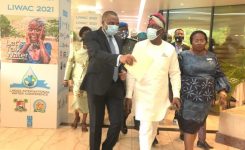 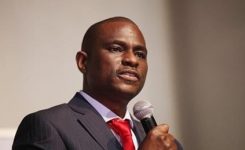 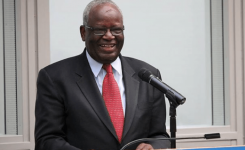 How Co-location, Infrastructure sharing will ...