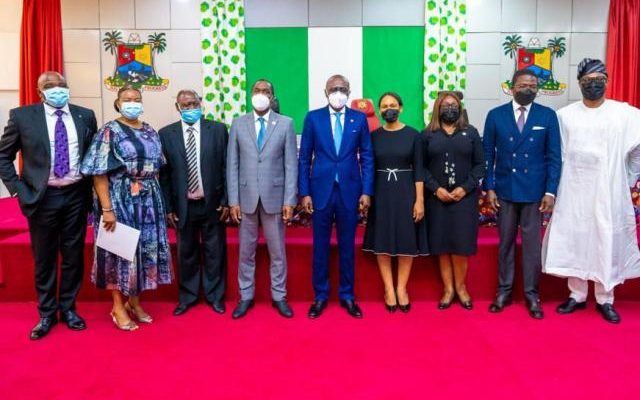 The Governor said all public officers, regardless of segments of service, owed the public a duty to perform their responsibilities with trust and integrity.

The Governor said the underlying responsibility of public officers must be to deploy their expertise in attaining overall public good. He charged the newly sworn in members of the statutory commissions and the corporation’s Board to consider people and the State’s interests as overriding priorities in their decisions.

He said: “I congratulate the newly inaugurated chairmen and members of the Health Service Commission, Judicial Service Commission and the Board of Ibile Oil and Gas Corporation, who have been privileged to have been nominated and subsequently confirmed fit and proper by the House of Assembly to occupy various positions into which you have just been inaugurated.

“I cannot emphasise enough the fact that you all have been called upon to serve the government and people of the State. The implication of this is that, the interest of the State and the people must always be the overriding consideration in all your recommendations and decisions. Public office is a trust and we owe it a duty to discharge that trust with utmost sense of responsibility.”

Sanwo-Olu stressed the need by the Service Commissions to ensure due diligence was strictly followed in recruitment, promotion, discipline and career management processes in their respective ministries, while also charging them to make justice and fairness their watchwords in addressing matters that will be brought before them for consideration.

Sanwo-Olu said: “As members of Health and Judicial Service Commissions, your actions or inactions will have a significant impact on the quality of healthcare and of justice available in Lagos, not just in the immediate future but for a long time to come. This realisation should guide your conduct and decision-making.

“The new Board of IOGC comprises knowledgeable and experienced personalities, and my expectation of the Board is to deepen the viability of the corporation and strategically position it as a leader in the Oil and Gas Industry. It must be managed to yield good returns on investment through significant contribution to the State Internally Generated Revenue (IGR) on a sustainable basis.”

He equally admonished the Board to promote good corporate governance in the management of the affairs of the corporation, which was established in 2013, following the discovery of crude oil in Badagry area of the State.

Head of Service, Mr. Hakeem Muri-Okunola, said the constitution of the commissions’ membership and that of the Board was in line with extant laws of the State to promote fairness, justice and transparency.

He urged the appointees to bring their wealth of experience to bear in discharging their duties.

Speaking on behalf of all the appointees, chairman of the Health Service Commission, Dr. Muyinat Onayiga assured they would justify the confidence reposed in them by the Governor.