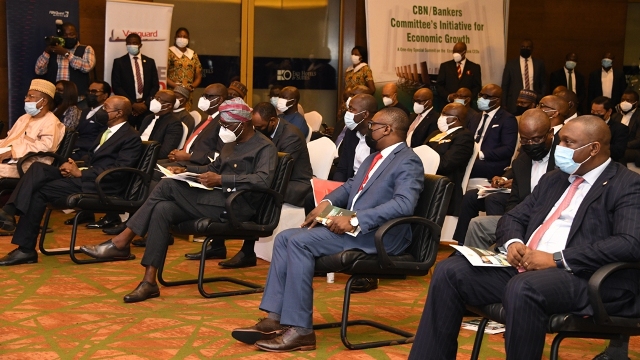 Lagos State Governor, Mr. Babajide Sanwo-Olu has assured local and foreign investors safety of their investments in the State.

He gave the assurance on Friday while speaking at a one-day economic summit organised by the Central Bank of Nigeria (CBN), Bankers Committee and the Vanguard Newspapers in Lagos.

Governor Sanwo-Olu who noted that Lagos occupies a leading position in Nigeria and across the continent, said his administration is working daily to improve infrastructure, encourage innovation, agriculture as well as improve on digital economy through the smart city initiatives.

Speaking on “Rebuilding Lagos and the Southern Nigeria Economy,” Governor Sanwo-Olu said Lagos’ growth is beneficial not only to the State but also the entire Nigeria.

He said: “Compared to other African countries, Lagos occupies a leading position in the country and across the continent. To seize these opportunities, and achieve our vision to become Africa’s economic capital, we are working on Lagos Vision 2050, which presents an opportunity to build upon the ongoing work and define a journey towards the megacity Lagos aspires to become over the next 30 years.

“Lagos is excited to share best practices across Southern states while continuing to collaborate with public and private partners to bring benefits to the state and to the region.

“When we achieve our big ambitions, Lagos will grow as well as Southern Nigeria and the entire country.”

The Governor noted that with Vision 2050 in mind, investments focus across key areas should be on human capital, infrastructure, public system and services, innovation and knowledge, as well as environmental sustainability.

“We will take a structural approach to Vision 2050; we will also share best practices with others,” he said.

The Governor also added that security and good governance, which is the last pillar of his administration’s THEMES agenda, has enjoyed a considerable attention because of its critical role in stimulating development in the State.