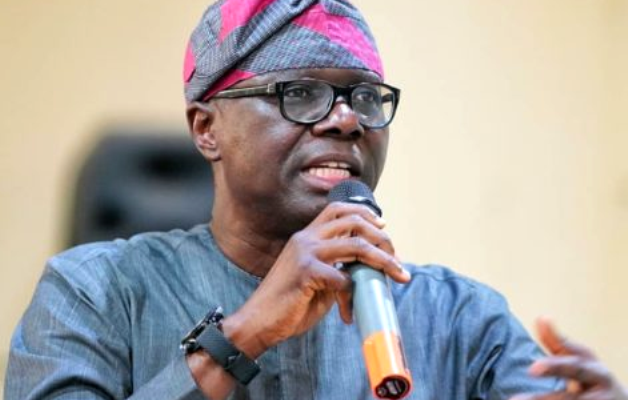 From Ishefun community in Ipaja-Ayobo Local Council Development Area of Lagos State, Ogun State-bound travellers can now get to their destination through waterways in seven minutes.

All thanks to a network of transport infrastructure inaugurated, on Friday, by Governor Babajide Sanwo-Olu in Alimosho, which creates a fast access between boundary towns of the two States.

Sanwo-Olu led members of the State cabinet to Alimosho for the formal inauguration of the projects.

Excited residents received the Governor and his entourage with placards, bearing messages of appreciation on the development.

Sanwo-Olu said the projects were testimony of his administration’s determination to improve the wellbeing of the people, regardless of their status. He said the development had solved the perennial traffic congestion experienced in the area, adding that the ancillary lighting facilities had improved the security situation in the area.

He said: “It is a great day in Alimosho, the largest Local Government Area in the country, where we are inaugurating projects that will impact the quality of life of our citizens. My administration acknowledges the strategic position of this big constituency that has five local councils. The delivery of these projects further demonstrates that people remain at the centre of our activities in Government. We don’t want to come here only for political campaigns; we also want to come and raise the hope of our people.

Road from 45 minutes to less than 15 minutes.

Special Adviser to the Governor on Works and Infrastructure, Engr. Aramide Adeyoye, said the infrastructure projects were initiated in response to deplorable conditions of roads arising from growing population in area areas.

She said the development had changed the narrative after 12 months of initiating the infrastructure, stressing that the significance of the projects was the creation of hubs for water transportation to Agbara and other coastal communities in Badagry and neighboring Ogun State.

Adeyoye said: “This intervention which brings about the full reconstruction and upgrade of Isuti Road and two other roads network with the provision of a brand new Jetty is strategic, because it would not only serve people in the beneficiary communities around Ayobo which is one of the largest sellements in Alimosho, it will also improve road connectivity and serve as a bypass to the Lagos-Badagry Expressway via Agbara, Ishefun and Isuti.

“We embarked on these projects, given their importance to the socio-economic realities of the residents. The Isuti Road project extends to a jetty connecting to the famous Totowu food market in Ogun State. These projects will boost food supply and accelerate growth in commercial activities around Igando. The dual carriageway of Ishefun-Camp Davies was constructed with reinforced concrete drains with a cover slab and walkway on both sides.”

Chairman of Ayobo-Ipaja LCDA, Hon. Bolatito Sobowale, praised Sanwo-Olu for the gesture, saying the Governor’s name would remain indelible in the minds of residents, given the importance of the projects.

“Socio economic lives of our people will be boosted and their livelihood will be touched positively by these infrastructure projects. Our neighbouring State can now be accessed through the jetty,” Sobowale said.