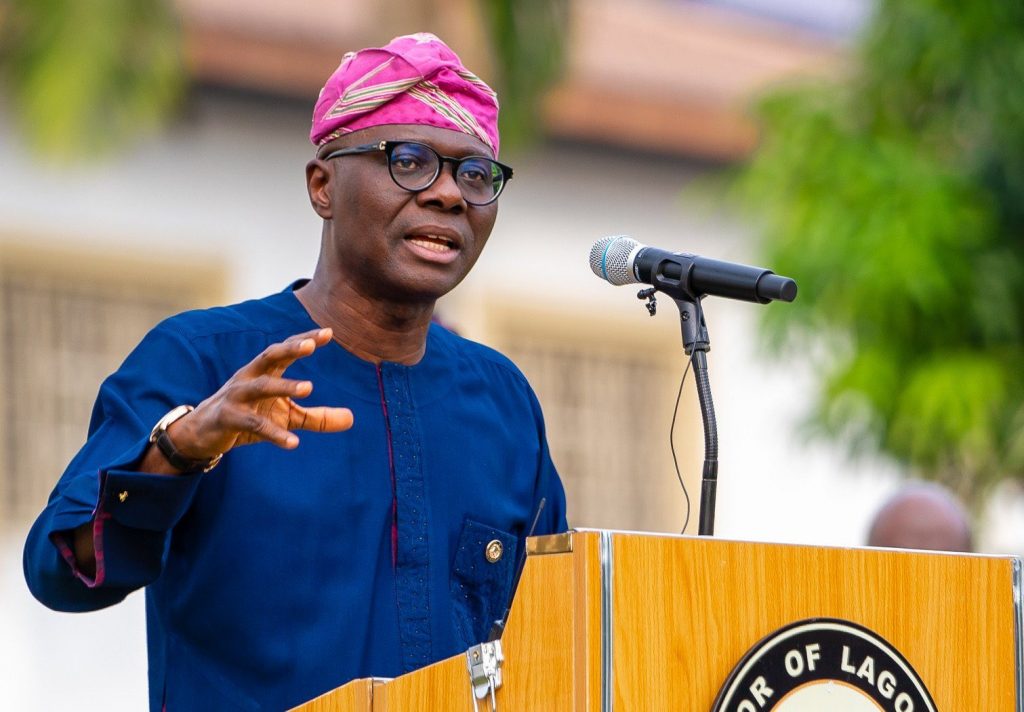 The Lagos State Governor, Mr. Babajide Sanwo-Olu has restated the commitment of his administration to delivering on the T.H.E.M.E.S strategic development agenda, adding that in doing so within the framework of the Circular Economy requires innovative thinking and implementation, as well as adequate financing and investment.

Sanwo-Olu stated this in his keynote address delivered at the virtual Lagos State Roundtable on Circular Economy organised by the State Ministry of Economic Planning and Budget with the theme “For a Greater Lagos: Leveraging Circular Economy for Rebuilding Lagos and Post COVID-19 Recovery Agenda – Building Back Better”.

He said the theme of the forum captures very aptly the goal of restoring Lagos amid one of the most disruptive pandemics the world has seen in its recent history, followed closely by the regrettable loss of lives and destruction of private and public property by the #ENDSARS protesters, stressing that these are in addition to the existential challenge of climate change confronting a fast-growing Megacity on the edge of the Atlantic Ocean.

In his words: “Circular Economy is a new way of seeing and doing, a new paradigm that departs from the Linear Economy model that we have become used to, and extends and expands on the Recycling Economy model. It emphasises repair, renewal, restoration and regeneration. It calls for a level of thinking and innovation that forces us out of current comfort zones”.

“One of the challenges that we will face in building a Circular Economy in Lagos State is that we will have to jettison the old models of livelihood and economic survival built on the paradigm of the Linear Economy. It will not be easy to convince people and businesses and governments to dismantle what we have been used to, and to start afresh in building something that is sustainable and that holds greater potential for the future”, he added.

The Governor maintained that, in view of the challenges ahead, his administration had committed, in the 2021 budget proposals to the House of Assembly, over N508 billion towards infrastructure, the environment and human capital development, revealing that, in addition to public spending, the government intends to mobilise private capital to support and implement its circular economy vision.

“It is estimated that Lagos State will require a combined investment of over US$ 3 billion of investments, over the next ten years, to meet our targets. It is, therefore, imperative that our Lagos State Development Plan for 2020 to 2050, must be integrated with our circular economy strategy”, the Governor asserted.

Sanwo-Olu, therefore, averred that Lagos State is very much open to collaboration and partnership with all development partners, including the very supportive African Development Bank (AfDB), to set up the enabling environment for its circular economy vision to thrive.

Earlier in his opening remarks, the Honourable Commissioner for Economy Planning and Budget, Mr. Samuel Egube, stated that the roundtable is coming at a crucial time when all hands are on deck to rebuild Lagos and implement the COVID-19 Recovery agenda of the present administration.

He stated that never in recent memory has the world experienced the current levels of economic and social disruptions, one as dramatic as the consequences of the COVID-19 pandemic and further compounded by civil unrest in several parts of the globe.

He said the Lagos State Roundtable on Circular Economy avails the opportunity to learn from this crisis to develop an economy that is more distributive, inclusive and can help us achieve growth while simultaneously addressing the threats of high unemployment in our society and our environment.

“Lagos State with a population of over 20 million inhabitants and solid waste in excess of 16 million tonnes per annum must, as a matter of urgency, explore innovative ways to create wealth, opportunities and lay the foundation of a Greater Lagos with climate change and resilience as the focus. Circular Economy principles hold much for us to learn from”, he noted.