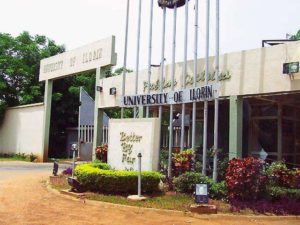 The Management of the University of Ilorin has approved the promotion of 685 senior staff of the institution cutting across the academic and non teaching cadres.

This is contained in a statement by Mr Kunle Akogun, Director, Corporate Affairs of the university on Sunday in Ilorin.

Akogun said that the development was a routine exercise and a confirmation of the relentless commitment of the authorities of the university to reward diligence and integrity.

This, he said, was sequel to approval by the institution’s Appointment and Promotions Committee (A&PC), which considered recommendations from the various faculties and units at its last meeting in November 2021.

According to Akogun, 201 of the beneficiaries are academic staff while the remaining 484 non teaching staff drawn from various units of the institution.

The director congratulated the beneficiaries and urged them to renew their commitment to the university’s service in order to justify their promotions.

“Management expects from staff members, their status notwithstanding, nothing but hard work and loyalty to the core values of the university for it to remain the university of first choice,” he said.

One of the promoted staff, Mrs Rukayat Olorukoba of the Legal Unit, lauded the gesture, saying it would motivate them and spur productivity.

She promised to work hard to justify her elevation to the next grade level.