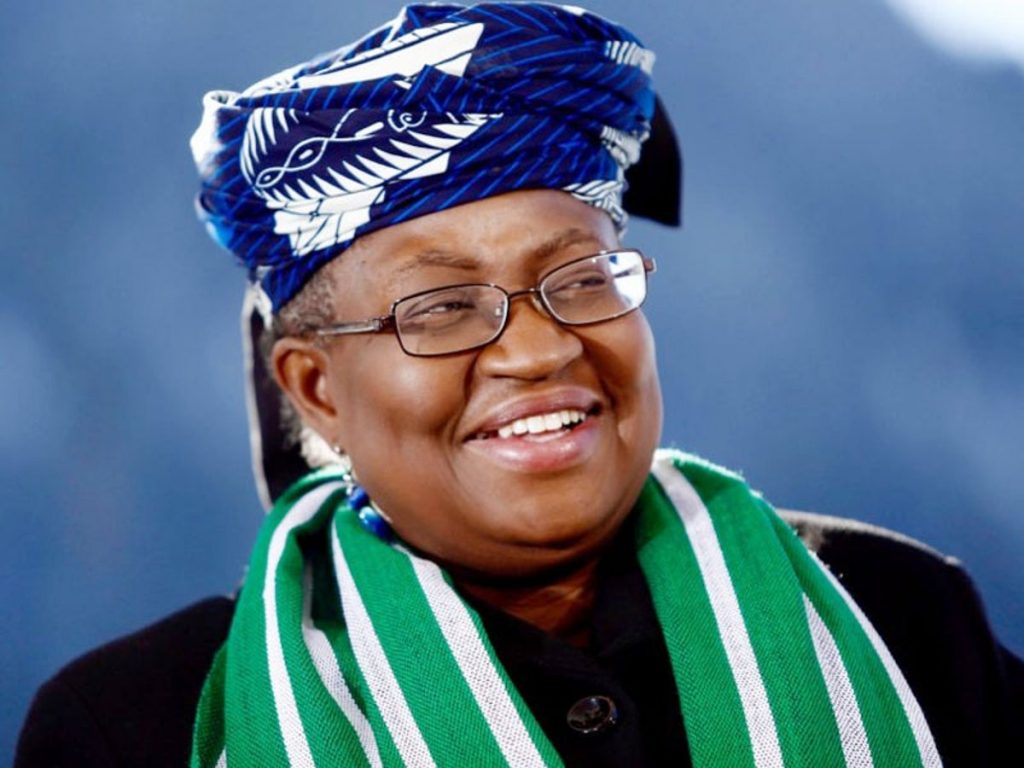 The coast is now clear for Nigeria’s Ngozi Okonjo-Iweala to become the next Director General of the World Trade Organization (WTO) following the endorsement of US President Joe Biden.

On Friday she became the only candidate for the position following the withdrawal of South Korean Trade Minister, Yoo Myung-hee, from the race. She is now set to become the body’s first female and first African leader.

According to a statement from the Office of the United States Trade Representative, “The United States takes note of today’s decision by the Republic of Korea’s Trade Minister Yoo Myung-hee to withdraw her candidacy for Director-General of the World Trade Organization (WTO).”

“The Biden-Harris Administration is pleased to express its strong support for the candidacy of Dr. Ngozi Okonjo-Iweala as the next Director-General of the WTO.

“Dr. Okonjo-Iweala brings a wealth of knowledge in economics and international diplomacy from her 25 years with the World Bank and two terms as Nigerian Finance Minister.

“She is widely respected for her effective leadership and has proven experience managing a large international organization with a diverse membership.”

A statement from Korea’s trade ministry earlier noted that Yoo decided to quit the race after discussions with the U.S. and other major nations, and took various issues into account including the need to revitalize the multilateral organization.

Okonjo-Iweala on her twitter account @NOiweala commended all the supports, “Grateful for the expression of support from the US today for DG @WTO. Congratulations to Madam Yoo of Rep. Korea for a hard fought campaign. Thank You President Muhammadu Buhari @MBuhari &all Nigerians for your unflinching support. Thank you friends. Love to my family. Glory to God.” 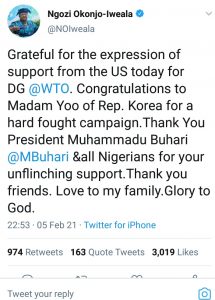 The 66-year-old former World Bank Director had been selected as a consensus candidate by the WTO Selection Committee for the role of director general. However, the move was opposed by the former US President Donald Trump administration which preferred South Korean Trade Minister Yoo Myung-hee for the job.

This was despite the fact that the WTO selection committee determined she “clearly carried the largest support by members” and “clearly enjoyed broad support from members from all levels of development and from all geographic regions.”