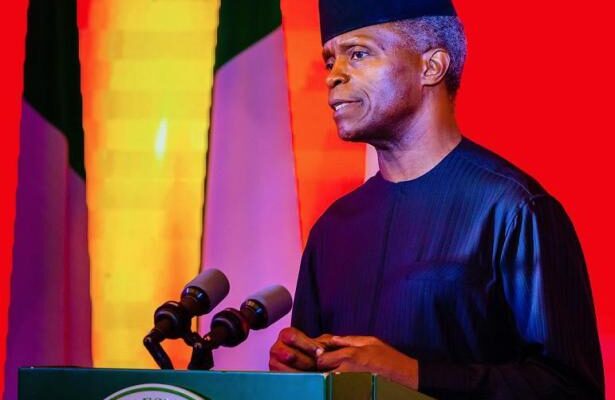 Exploring the opportunities in the energy sector offer possibilities for a more robust relationship between Nigeria and Spain, according to Vice President Yemi Osinbajo, SAN.

Prof. Osinbajo stated this today at the Presidential Villa when he received the Minister of Foreign Affairs of the Kingdom of Spain, Mr. José Manuel Albares, on a courtesy visit.

“There is every good reason why we should consider that in good times and bad, Spain has remained a good friend. This is a relationship that is not just based on talk, but there is a lot of action.

“I am extremely optimistic that our relationship will become more robust in the months and years to come. Nigeria definitely feels that it has a strong partner and brother in Spain. And I hope that it stays this way and even better.”

Continuing, the VP said “the future, obviously is going to be interesting. For the next few years, we are going to be confronted with a challenging world. One of the issues will be energy. Both energy security and energy transition. These are two critical issues.

“There is no question at all that we must make alternative arrangements to assure energy security. And in our case, with the Climate Change agreement, we want to make sure that the transition from fossil fuels and other pollutants is as smooth as much as possible in the interest and development of our people.”

“We hope this would interest private companies coming from Spain. I hope that this visit will be one where they will take a look at our energy plan and some of what we are trying to do, not just the short-term but the long-term issues that we are trying to resolve.”

Earlier in his remarks, Mr Albares thanked the VP for his support for Spanish business interests in Nigeria.

He also restated his country’s commitment to strengthening relations with Nigeria, stating that “Nigeria’s partnership with Spain in the energy sector is important.

“The relationship between our countries is mutually beneficial and we will continue to try our best,” pledging his country’s support for Nigeria’s Energy Transition Plan especially sharing notes on best practices and implementing (renewable energy) projects in Nigeria.

The Minister commended the role of Nigeria in maintaining stability in the West African sub-region, noting that “I must commend your efforts in ensuring democracy and everything concerning good governance in the region,” and pledged Spain’s support to the fight against terrorism and piracy in the Gulf of Guinea.

The Spanish minister was accompanied by the country’s Ambassador to Nigeria, Juan Sell; Director of Spanish Cooperation Agency, Mr Anton Leis, and the Director General for Africa, Mrs Alicia Rico.