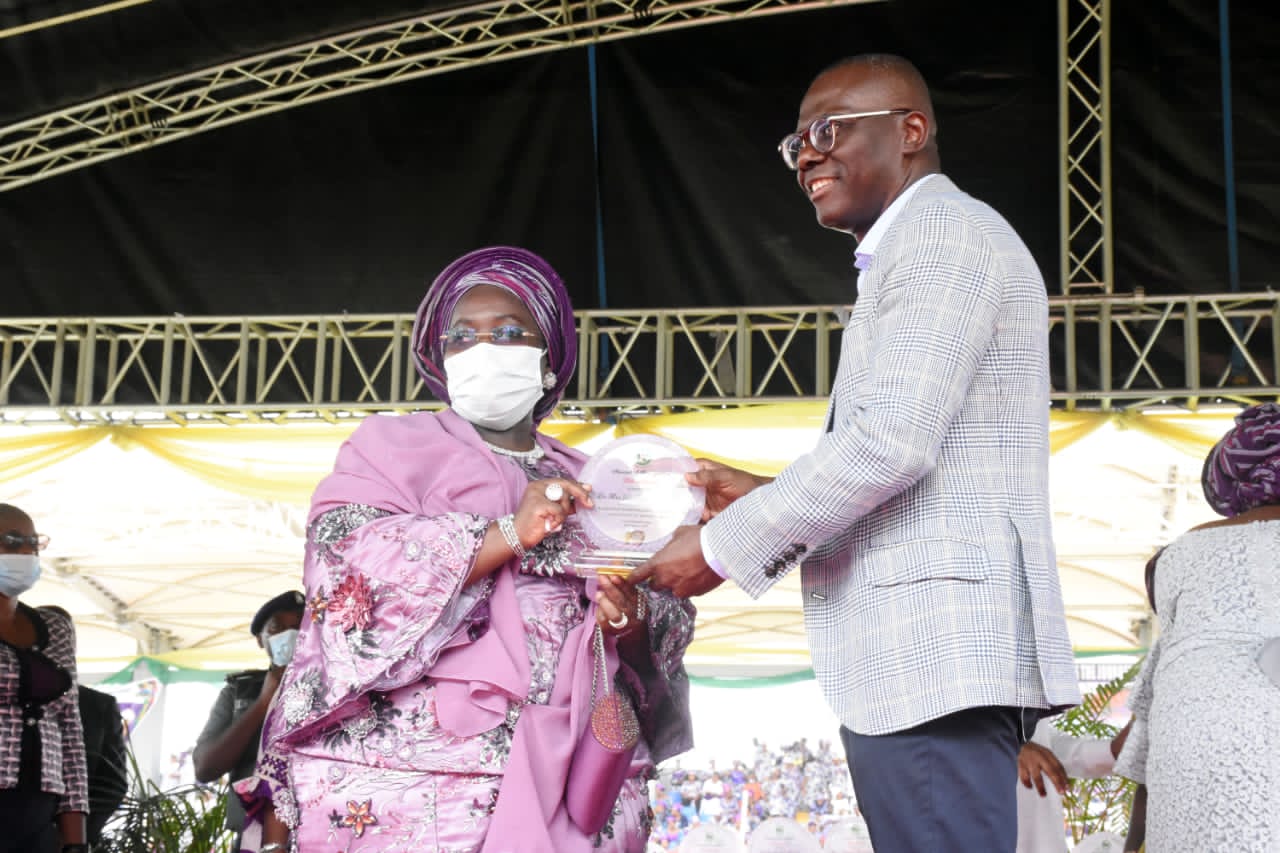 Lagos State Ministry of Women Affairs and Poverty Alleviation (WAPA) has acknowledged the contributions of some individuals and corporate organisations towards the eradication of poverty and enhancement of the living standards of women across the State through various empowerment programmes and poverty alleviation initiatives.

Speaking at the Y2022 International Women’s Day celebration event, which hosted women from the 57 Local Government and Local Council Development Areas as well as women groups in the State, at the Mobolaji Johnson Arena, Onikan, Lagos, the Commissioner for Women Affairs and Poverty Alleviation, Mrs. Bolaji Cecilia Dada, acknowledged the contributions of women to the socio-economic development of Lagos State and Nigeria as a whole.

The Commissioner disclosed that the Ministry was honouring 57 individuals and organisations, who had consistently contributed to the welfare of womenfolk, with awards for their sterling performances in the areas of social development, integrity and commitment to community development across the State.

She explained that the celebration of the Y2022 International Women’s Day provided an avenue to celebrate the resilience of women generally and also encourage kind-hearted individuals as well as organisations to rise up and complement the efforts of the government in addressing the myriad of challenges confronting women in different parts of Lagos.

Mrs. Dada identified a former Deputy Governor of the State, Dr. Idiat Adebule from Ojo Constituency, as one of the recipients of the award, noting that the award was in recognition of the selflessness of all the awardees and expression of the State Government’s gratitude for their kind gestures towards women.

She also reiterated the need for women to embrace developmental strategies to enhance the realisation of their potentials in governance, saying that there are several platforms put in place by WAPA where women can leverage to make an impact and cause a progressive change to happen.

Her words: “Our womenfolk must embrace a change based on a progressive and steady pace of commitment and engagements across all strata of the society. Today, we choose to do things differently. Today we are breaking the frontiers of silence and inaction by challenging every stereotype in the way of gender parity and inclusion”.

“Here, at the Centre of Excellence, Lagos, Nigeria, we join changemakers all over the world in a unanimous alliance to prioritise gender-equality and indeed BREAK THE BIAS!”, the Commissioner asserted.

Explaining further on the various intervention programmes of the Ministry, the Commissioner informed that there are numerous avenues where developmental strategies were considered to empower the womenfolk.

She said: “We have been to many communities across the State to enumerate and evaluate beneficiaries of our empowerment initiatives before the distribution of equipment. We also went back to monitor their activities in order to gauge the impact of the intervention strategies in alleviating poverty in Lagos State”.

The Commissioner encouraged women in Lagos, Nigeria and all over the world, to avail themselves of various opportunities to become empowered, self-reliant and self-confident as they strive to attain leadership positions in their various careers and professions.